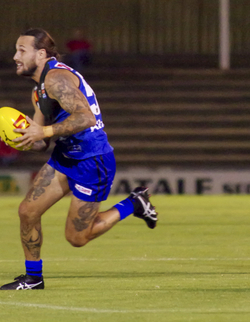 PERTH fans deserve to be excited looking ahead to the 2020 WAFL season with the revelations that gun recruit Chris Masten is refreshed, energised and excited about football again after admitting to somewhat losing the love for the game late in his decorated AFL career.

Masten's signing is a significant one for the Demons heading into the 2020 WAFL season as they desperately try to break through that wall of a first finals appearance since 1997 having gone so close in 2019 and indeed sitting in the top five the majority of the home and away season.

Signing somebody at WAFL level the calibre of Masten doesn’t happen every day and bringing in somebody at the Demons who played 215 AFL matches including taking part in two Grand Finals and the premiership in 2018 is significant. 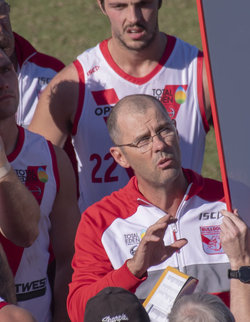 SOUTH Fremantle broke through for a Grand Final berth in 2019, but it didn’t go to plan and now there's plenty of excitement at the port heading into 2020 especially with the additions of three exciting recruits.

Jarrod Pickett returns to South Fremantle after time in the AFL at both the GWS Giants and Carlton while former Perth leading goalscorer Jarrod Ninyette is on board on top of the Rioli name continuing with the Bulldogs following the signing of Ben Rioli from the Northern Territory.

With three preliminary finals and a Grand Final appearance over the past four years on top of an impressive 57-19 win-loss record during the home and away season, you'd suggest Curley and the Bulldogs are doing plenty right so there's little reason for too much change. 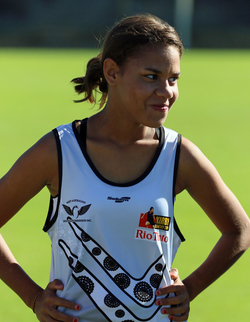 The Kirby Bentley Cup will be contested by 250 girls across 15 teams, while the Nicky Winmar Carnival will feature approximately 400 boys in 14 teams. 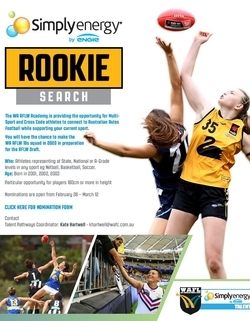 Picture standing in the goals for Perth Glory on Tuesday before lacing up the boots for Fremantle or West Coast in the AFLW on Saturday.

Or shooting hoops in Netball or Basketball whilst playing at the elite level of Australia’s fastest growing women’s sport. 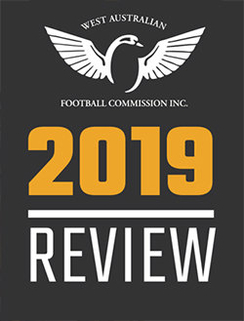 The West Australian Football Commission announced its financial result for the 2019 season at its Annual General Meeting tonight, Thursday, February 27.

This included a profit of $4.57m, driven by extraordinary one-off benefits and charges arising from the WAFC’s agreement with the State Government upon handing over the lease to Subiaco Oval.

- the removal of WAFC debt

- the proceeds from the sale of Subiaco Oval assets

Financially, handing over of the Subiaco Oval lease was a turning point, as the WA Football Commission no longer carries the overhead costs of the stadium. A focus on mental wellbeing at football clubs will see the 'Tackle Your Feelings' mental health training program rolled out across Western Australia this season.

The 'Tackle Your Feelings' (TYF) program is being delivered to community football clubs and coaches across the country, with the support of the AFL Coaches’ Association (AFLCA), AFL Players’ Association (AFLPA) and the Zurich Foundation.

The West Australian Football Commission is coordinating the delivery of the five-year program in Western Australia, which commences this week with WAFL club West Perth. A wild ride for Tigers trio

Imagine riding your bike 420km in one day.

Not a relay, no stopping overnight, just 420km straight with two of your best mates.

That’s the challenge that Claremont teammates Ian Richardson and Declan Mounford tackled with their mate Liam Gribbon, all in the name of charity.

The trio set off from Perth and planned to finish Albany, seeing all money raised for the recent disastrous bushfires in Australia. WAFL Clubs will ramp up their preperations for the 2020 Optus WAFL Season with a number of pre-season fixtures over the next month.

Each team will have official pre-season games on Saturday 21 March & Saturday 28 March, before Round 1 begins on Friday April 3. An Optus WAFL and WAFL Women’s double-header will be played at Hands Oval in Bunbury on Sunday, May 17.

The fixture has been made possible thanks to a partnership between the WA Football Commission, Optus, the City of Bunbury, South West Football League, Swan Districts Football Club, the West Coast Eagles, and Peel Thunder. The basis of the decision was that the player's contract is valid and binding, and that the interests of football would overwhelmingly be served by the player remaining at Perth Football Club. The Goldfields Football League supported by the City of Kalgoorlie-Boulder and Doubletree by Hilton has formed a unique partnership to cover the cost of registration for all Auskickers from Kalgoorlie-Boulder, Coolgardie and Kambalda. Fixtures have been finalised for the 2020 Optus WAFL Women’s Premiership season, with Round 1 to kick off on Saturday, May 2, featuring games at New Choice Homes Park (East Fremantle) and David Grays Arena (Mandurah).

The competition’s second season will see the five WAFLW teams play each other three times across 15-rounds, with a three-week Finals Series culminating in a televised Grand Final on the 7 Network.

The competition will remain at five teams, following a review at the conclusion of the 2019 season, which determined that South Fremantle’s provisional license be deferred to the 2021 season.

Each of the five teams will have three byes and there will also be two general byes throughout the season, providing an opportunity for Fremantle and West Coast to play AFLW winter series matches.

AFLW players will return to the competition following the conclusion of their AFLW commitments.

Fixtures throughout 2020 will again be played at WAFL venues and a game will be livestreamed on WAFL Facebook and Youtube each week.

“The introduction of WAFLW last year was the start of an exciting new era for WA Football and an exciting step forward for everyone involved with the WAFLW competition and female football,” he said.
“We witnessed an exciting, hard fought season culminating in an entertaining Grand Final attended by more than 3300 people at Mineral Resources Park and watched by 21,000 people on Channel 7.”

“This was in addition to the 25,000 viewers of livestream games throughout the season, which really demonstrates the overall interest and support for
WAFLW in year one.”

“I’d like to thank everyone who played a role in the success of the inaugural
WAFLW season and congratulate East Fremantle on winning the first WAFLW
Premiership.”

“Special thanks to Optus, West Coast and Fremantle for their support of the
WAFLW in 2019 and commitment to ongoing support in 2020.” 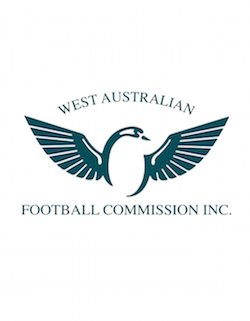 The West Australian Football Commission has established a new Women in Football Advisory Committee to guide and support the growth and development of female football in Western Australia.

Women’s football is experiencing an exciting period of growth, driven by the success of the AFLW and WAFLW, and a greater focus on female talent and community pathways.

The number of female participants has more than tripled over the last six years to 109,647 and women and girls now account for a third of participants in WA. 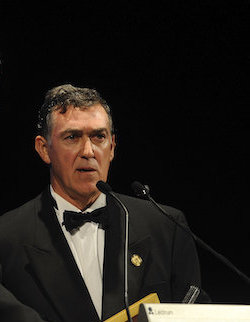 WA Football Hall of Fame Inductee Ian Miller has been honoured with Life Membership of the Australian Football League after the 2020 Annual General Meeting in March.

A solid half-back flanker who moved to centre-half-forward with Perth in 1972 and became the first player to win a Sandover Medal playing from that key position.

After a lengthy clearance wrangle, he enjoyed a four-year stint (1974-77) in the Victorian Football League, with the now-defunct Fitzroy Football Club, where he converted to a ruck-rover role.

On his return to Western Australia, he joined East Perth and playing in a similar position was in a premiership side in his first season, playing under former team-mate Barry Cable – and claiming the Simpson Medal for the grand final.

He later returned to coach Perth from 1982-84 and then joined the West Coast Eagles, firstly in an assistant coach’s role and then as a full-time member of the football operations department, responsible for player welfare. Season 2020 is upon us as the AFLW begins its fourth season under lights at Ikon Park on Friday night.

Not only does February signal the start for the best female footballers around the country, but also the elite contingent of umpires that take the field for the first time this decade.

Western Australia will again have strong representation amongst field, boundary and goal umpires in the AFLW, with seasoned campaigners Dean Margetts and Jeff Dalgleish leading from the front during the competition.

WAFL League Grand Final umpires Matt Adams and Jordan Wright will feature throughout the campaign, while Gabby Simmonds will continue her meteoric rise up the umpiring ranks taking to the field in AFLW.

Luke Graves, Ethan Lamont, Jordan Russell, Lewis Williams and Nick Wrenn will line up as boundary umpires, seeing many elevated from WAFL into the national competition.

Tiana Fry and Chloe Wright will represent the goal umpiring fraternity, with Sam Hunter and Jason Yazdani joining them behind the goals.

WAFL & Talent Umpire Manager Margetts believes the clear talent pathway in Western Australia gives these umpires the perfect platform to perform at their best during the AFLW.

“These appointments are reward for effort amongst the Umpiring WA cohort and we congratulate the 14 umpires selected to officiate the AFL Women’s competition,” Margetts said.

“The Umpiring WA talent pathway transitions from officiating junior football right through to the WAFL and WAFLW, giving individuals a great opportunity to get the best out of themselves.”

“I am extremely proud of the WAFL umpiring team we have formed for season 2020, it is our largest group we have had on the books in the history of WA Umpiring, we have 170 umpires plus our coaching and support teams, it is a real privilege to lead such a wonderful group of committed people, who work hard to achieve the goals they aspire to meet.”

“Seeing three WA females represent out state at the highest level is also a very proud moment for our program.”

West Coast and Fremantle will begin their AFLW campaigns on Sunday February 9.