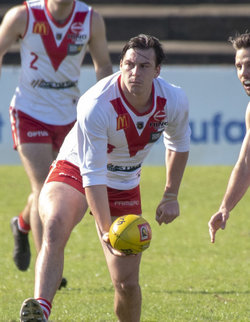 THERE were just the three games in Round 18 of the WAFL with plenty of standout individual performances as South Fremantle beat West Perth in a thriller and the Grand Finalists of the last two years Subiaco and Peel Thunder beat Swan Districts and East Perth respectively.

It was the fourth round of the 2018 WAFL season making every game take on extra significance. That was certainly the case on Saturday with South Fremantle and West Perth fighting over second spot, and Peel, East Perth and Swan Districts locked in the fight over fourth and fifth positions.

West Perth and South Fremantle are locked in those second and third positions, it's just a matter of who now finishes second to earn home ground advantage in the inevitable qualifying final match up.

South Fremantle took a significant step towards that on Saturday with a hard fought 10.8 (68) to 10.3 (63) victory against West Perth at Fremantle Community Bank Oval in Ashton Hams' 200th match for the Bulldogs.

Peel Thunder returned to fifth position on the WAFL ladder beating East Perth 14.8 (92) to 10.7 (67) at Bendigo Bank Stadium with Tom Sheridan starring with 39 possessions and two goals for the Thunder. 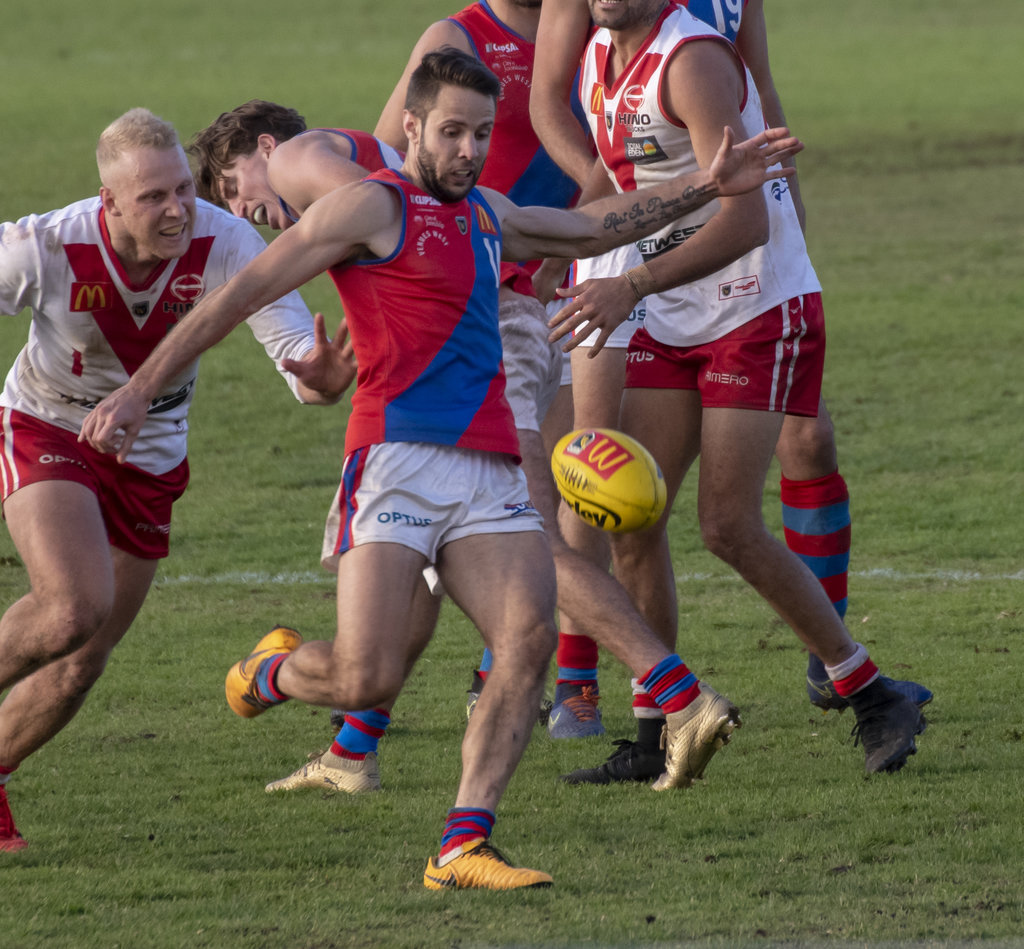 Subiaco then kicked the opening eight goals of the second half to beat Swan Districts 11.14 (80) to 4.4 (28) at Leederville Oval thanks to dominant showings from Leigh Kitchin and Lachlan Delahunty.

M & J CHICKENS PLAYER OF THE ROUND - SHANE HOCKEY

BACK POCKET – BLAKE WILHELM (West Perth)
He seems to be getting better and better the more games he plays, and he's turned himself into one of the very best intercept defenders and backmen who set up play with their run and kicking abilities heading the other way. He produced a career-best 33 possessions to go with nine marks in Saturday's narrow loss to South Fremantle for West Perth. 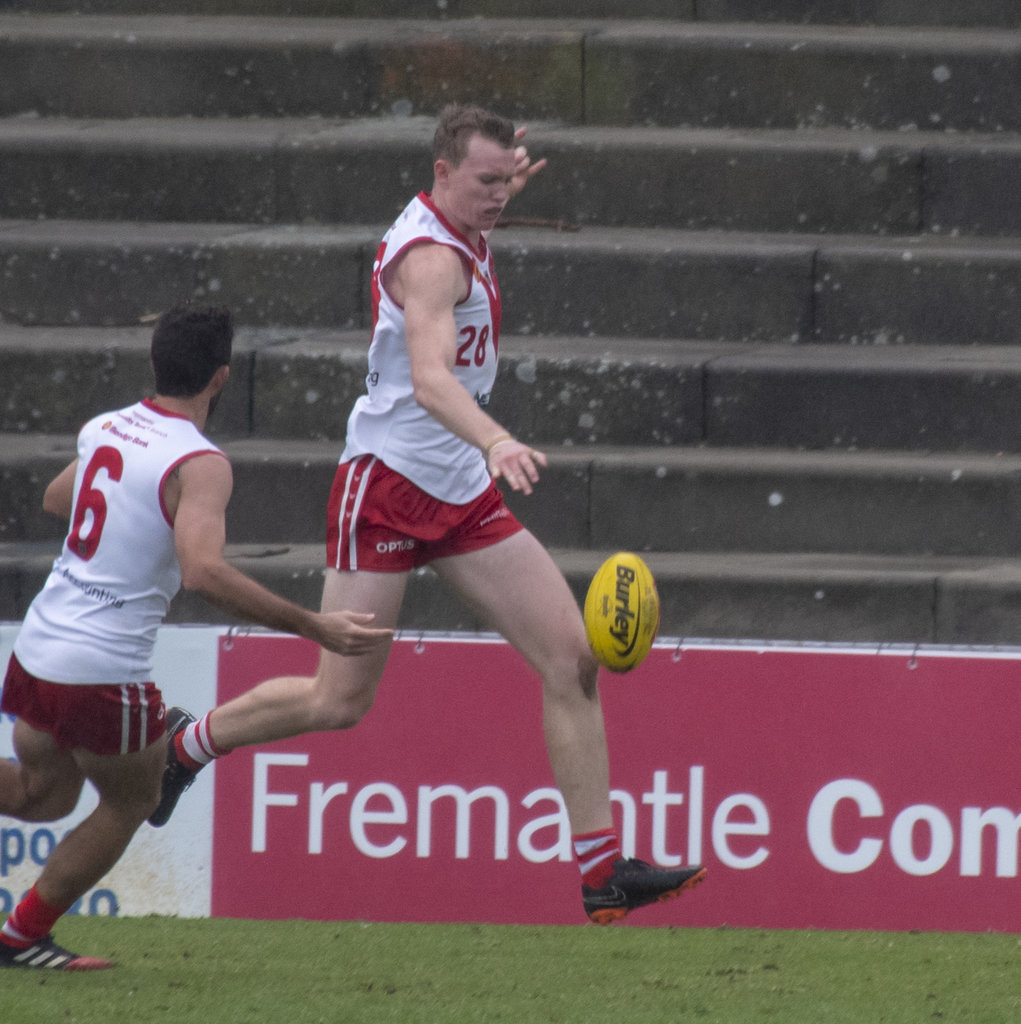 FULL-BACK – NOAH STROM (South Fremantle)
He had never played a league game prior to Round 2 of this year having compiled 58 reserves appearances while doing his apprenticeship, but he has now consolidated himself as one of the best key defenders in the competition. For the second time this season, he won his battle with West Perth's Bernie Naylor Medal leader Tyler Keitel holding him scoreless and to just six kicks in Saturday's five-point victory.

BACK POCKET – FRANCIS WATSON (East Perth)
The excitement machine is stringing some good and consistent form together as a running defender at East Perth and deserves to be getting closer to AFL selection for the West Coast Eagles given the X-factor he can provide. Played well despite the disappointing loss for East Perth to Peel on Saturday finishing with 19 possessions, eight marks, three tackles and three inside-50 entries. 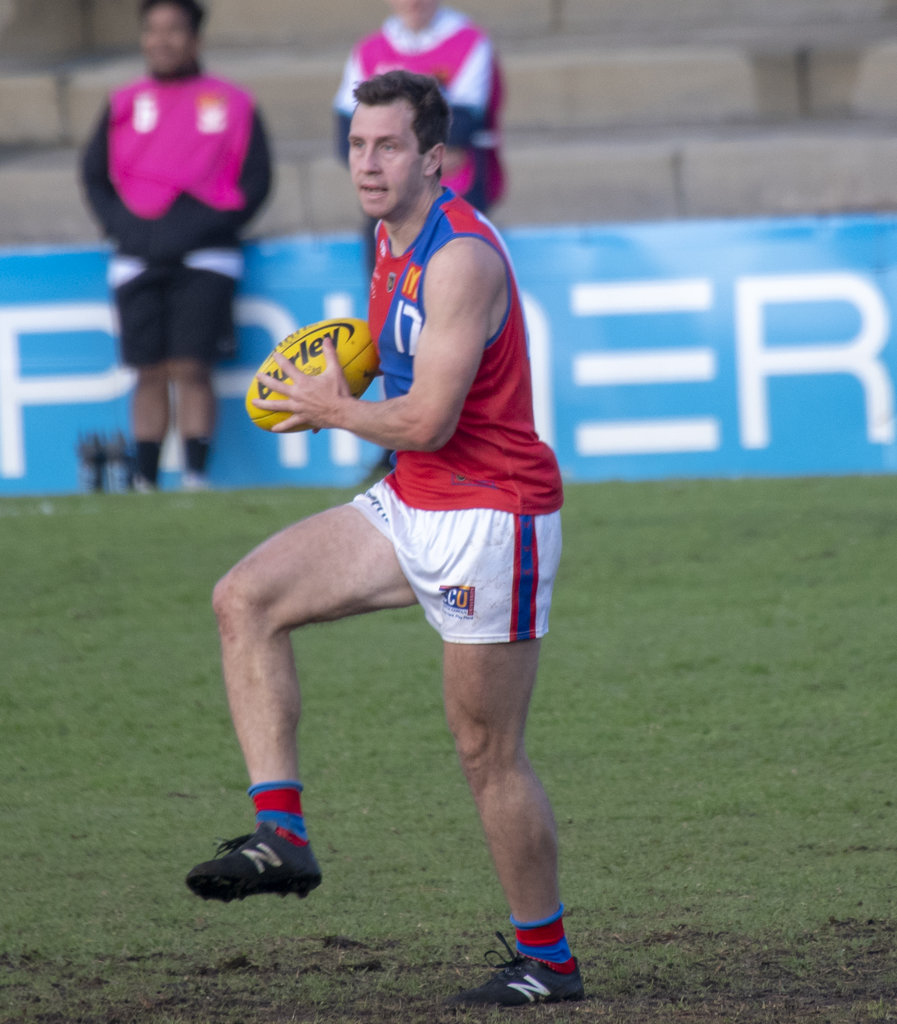 Started every quarter on the ball for South Fremantle in Saturday's tight and important win against West Perth with his experience, ability to win the contested ball, apply pressure and get the ball quickly to boot instrumental in the final result. Is having a fine season in his first in the WAFL after a 156-game AFL career and produced another 22 possessions and 13 tackles.

CENTRE HALF-BACK – DREW ROHDE (Subiaco)
The former West Perth defender took a year off from the WAFL in 2017 and has made his return in 2018 at Subiaco and became a strong part of the undefeated Lions' back-line. Put together another strong performance in Saturday's win against Swan Districts ending the afternoon with 24 possessions, six marks and six tackles.

HALF-BACK FLANK – DANYLE PEARCE (Peel Thunder)
The AFL veteran of 258 games continues to deserve enormous praise for the way he is conducting himself at Peel in the WAFL when he has every right to believe he should be still in the Fremantle team given the performances he is delivering on a consistent basis. Ended with another 31 disposals, six inside 50s and a goal in the win against East Perth on Saturday. 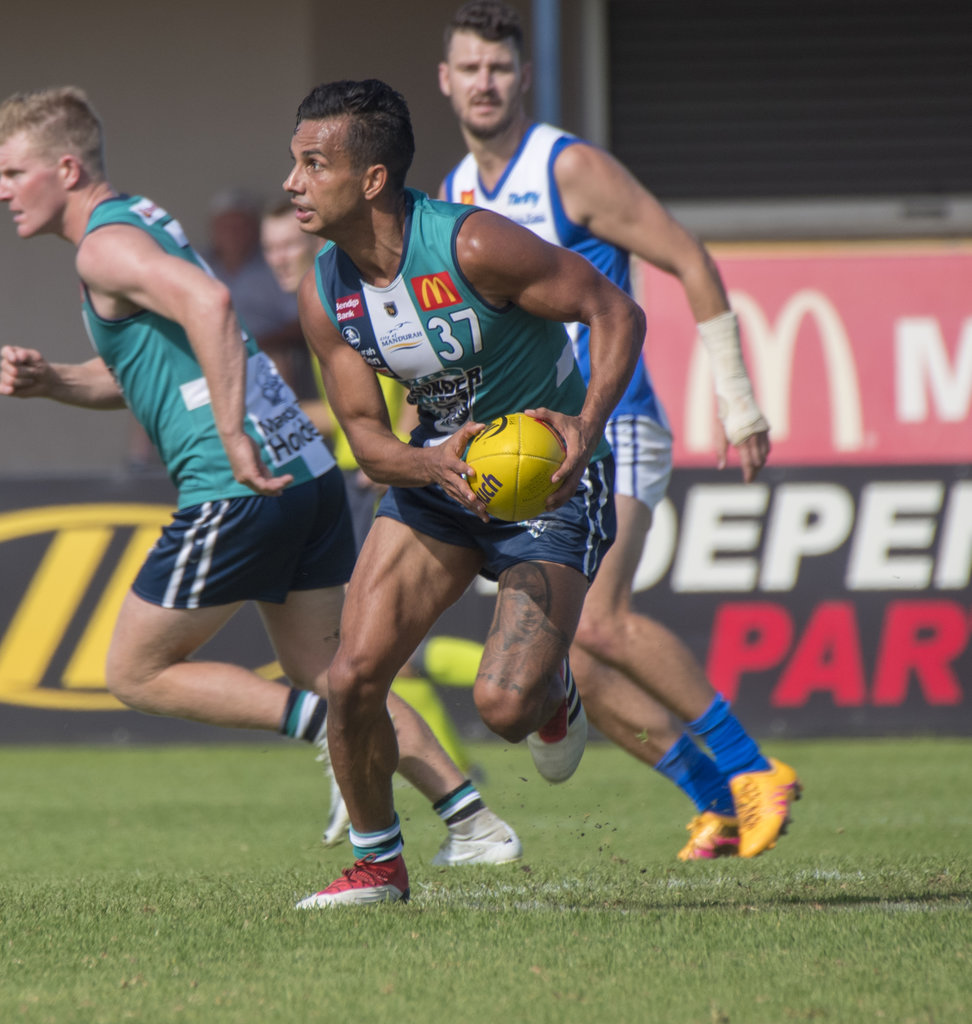 He returned to Subiaco in 2018 a triple premiership player having played in Peel's flags the past two years while listed at Fremantle, and he's now a seasoned WAFL midfielder who would not look out of place playing regularly at AFL level. Played strongly again in Saturday's win against Swan Districts with 24 disposals and eight tackles.

CENTRE – LEIGH KITCHIN (Subiaco)
It's not easy to standout in a Subiaco midfield including Josh Deluca, Kyal Horsley and Chris Phelan, but he's in a particularly hot patch of form right now and continued that with a terrific showing in Saturday's 52-point win over Swan Districts. He kicked two goals to go with 26 possessions, eight tackles and five inside 50s. 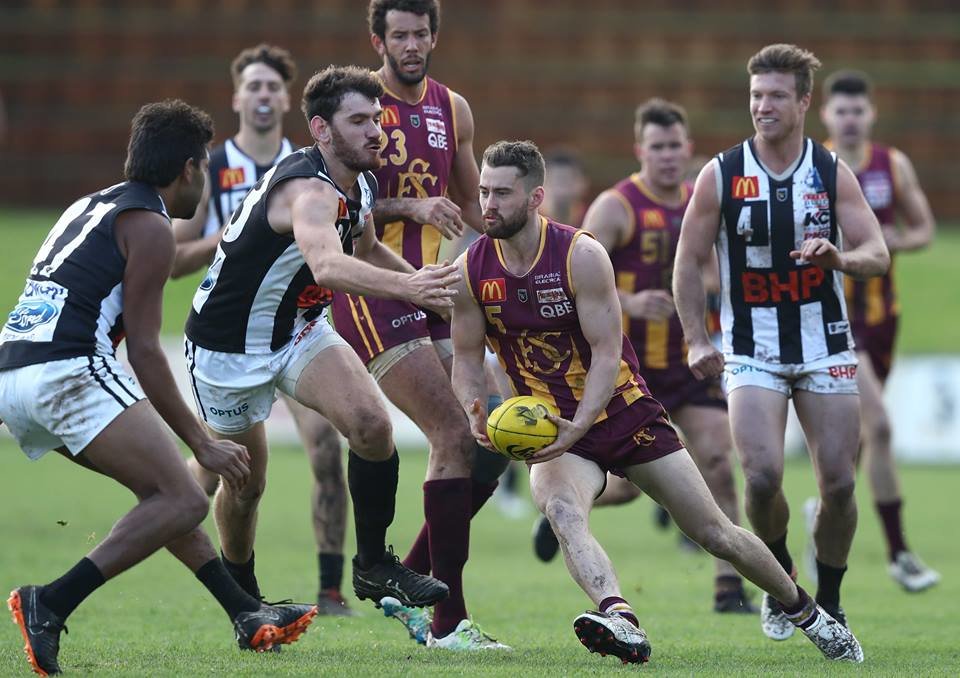 The West Perth captain continued his tremendous form in the midfield despite Saturday's tight loss to South Fremantle at Fremantle Community Bank Oval. Again splitting his time between playing on the ball and the wing, and playing inside and outside to equally good effect, his outstanding season continued with another 29 possessions, nine tackles, six marks and six inside-50 entries.

HALF-FORWARD FLANK – HAIDEN SCHLOITHE (South Fremantle)
The reigning Sandover Medallist was used as a permanent midfielder virtually the whole game for one of the few times this season on Saturday and was instrumental in the eventual five-point win over West Perth. He ended the afternoon with 34 disposals, eight tackles, five inside-50 entries, four marks and a goal. 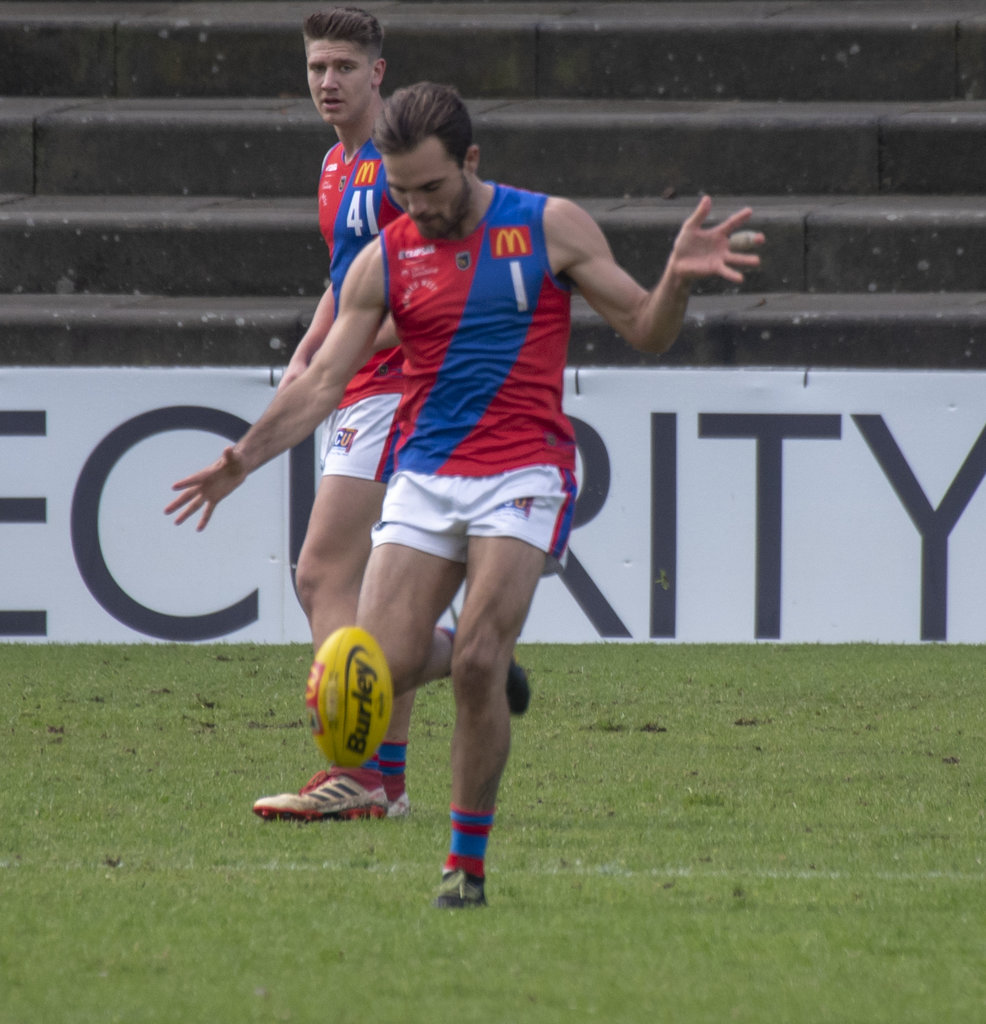 The versatile Subiaco big man might not be getting discussed in Sandover Medal hopefuls too much with the likes of Kyal Horsley, Shane Nelson and Jye Bolton around, but he's had a remarkable season and deserves to be in the conversation as the best player in the WAFL. Continues to split his time between the forward-line and as backup ruckman, and had another 27 possessions, 15 hit outs, seven marks, six tackles and two goals on Saturday.

HALF-FORWARD FLANK – TOM SHERIDAN (Peel Thunder)
He responded to his demotion back to Peel in the WAFL from Fremantle in the AFL in the best possible way by delivering a best on ground performance in the crucial win against East Perth. He could have earned himself a Dockers recall and strengthened the Thunder's finals hopes in the same performance made up of 39 disposals, 10 tackles and two goals. FORWARD POCKET – BLAIR BELL (Peel Thunder)
The dual premiership hard man hasn’t quite had the season he would have hoped in Peel's forward-line in 2018 but he provided one of his most impressive performances on Saturday. It was a crucial win for the Thunder's finals hopes too and he kicked two goals from 18 disposals, seven marks and five inside-50 entries.

FULL-FORWARD – ANDREW STRIJK (West Perth)
The 222-game veteran had a tremendous battle with South Fremantle defender Jason Maskos but with the space he often had to work with one-on-one in West Perth's forward-line, he was unstoppable with his smarts and ability to win individual contests. He is thriving in his role in 2018 as a deep forward and kicked another three goals from 15 possessions and six marks to now have 38 majors for the season, only two behind Bernie Naylor Medal leader, and teammate, Tyler Keitel. 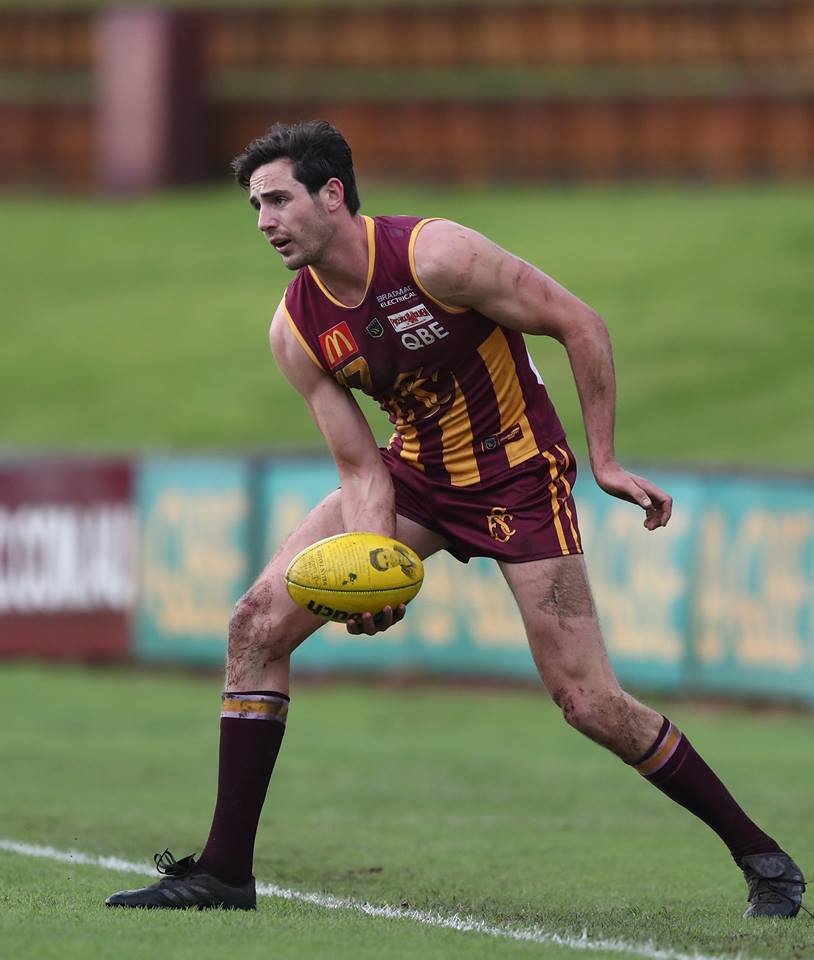 FORWARD POCKET – BRANDON DONALDSON (South Fremantle)
The small forward who can be effective in the midfield and up the ground might have started in the reserves in 2018, but he is quickly becoming one of South Fremantle's emerging stars and most consistent performers. Had another strong showing in the win against West Perth with 31 possessions, seven marks, seven inside-50 entries and a goal.

RUCK – ZAC CLARKE (Subiaco)
It's likely only a career-threatening knee injury that saw him sidelined for all of 2017 that is behind him no longer being on an AFL list and he's overcome that injury in fine style to lead Subiaco's ruck in style so far in 2018. He stood tall in another dominant display on Saturday against Swan Districts with 16 possessions, 57 hit outs and a goal. 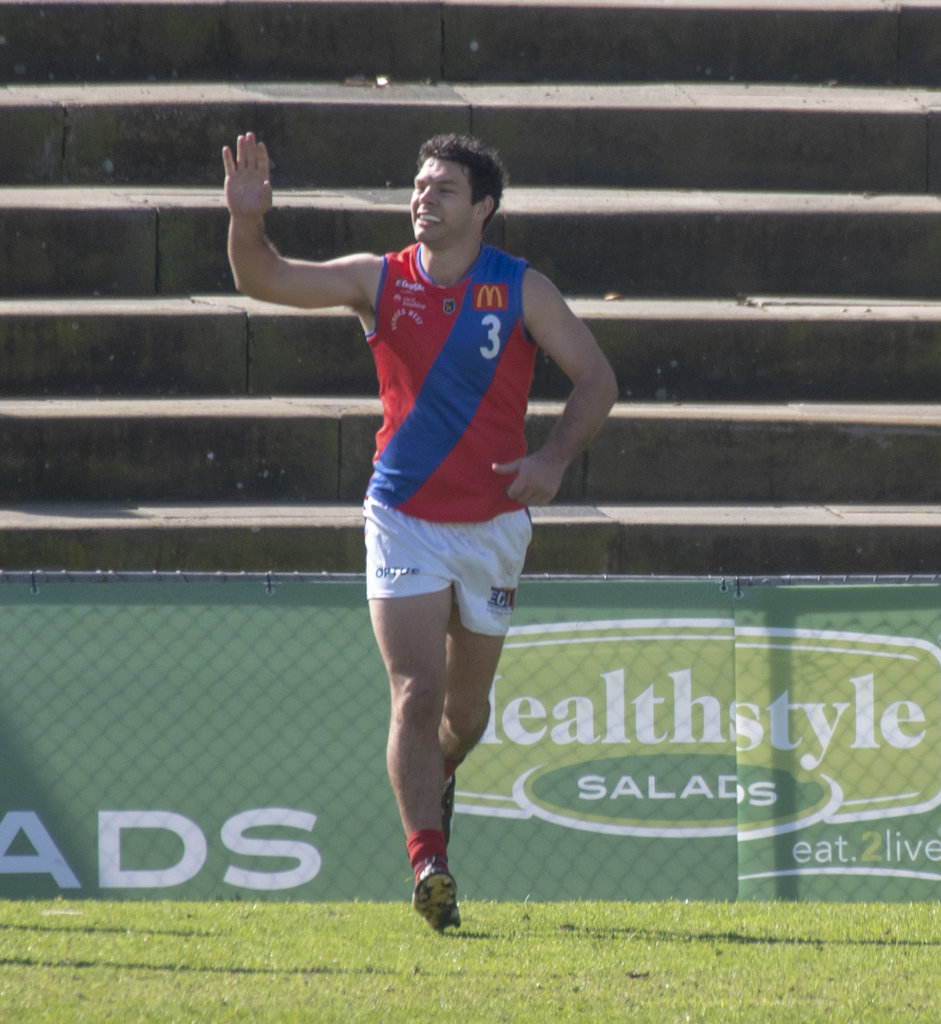 RUCK ROVER – SHANE HOCKEY (South Fremantle)
The 2016 South Fremantle fairest and best winner started the 2018 season on fire before being slowed with a big hit against Claremont in Round 8. He missed a couple of games and looked to lose some confidence and form, but he was right at his very best Saturday against West Perth and finished with a career-best 41 possessions and 19 tackles to earn M & J Chickens Player of the Round honours.

ROVER – SHANE NELSON (West Perth)
It's not easy to better your average when you are going at 37 possessions a game in 2018, but that's exactly what the triple fairest and best winner was able to do on Saturday despite the five-point loss to South Fremantle. He produced 40 disposals to go with four marks and four entries inside the forward 50. 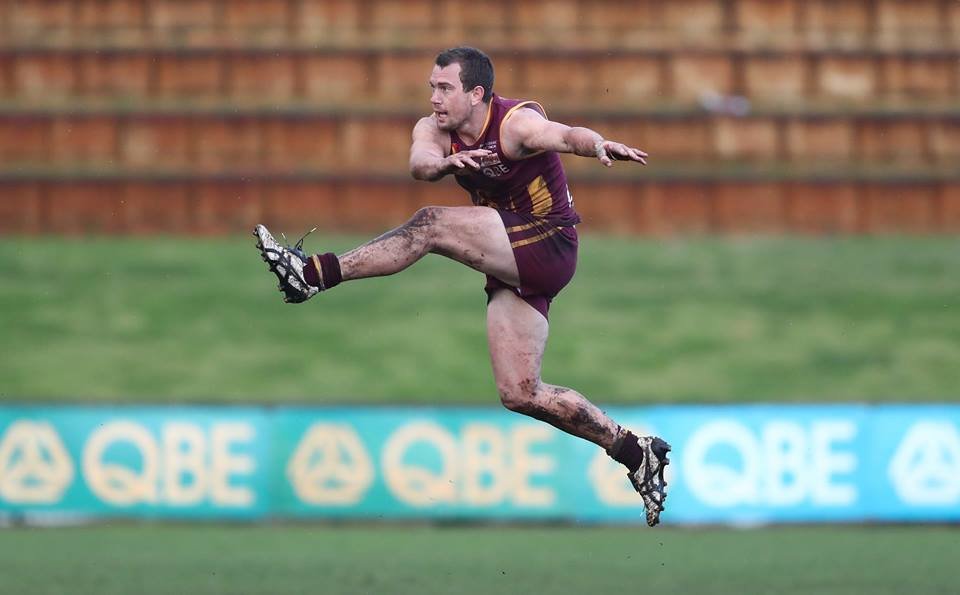 The Subiaco captain is having the best season of his career and that's saying quite a lot considering everything he's achieved across his decorated journey at Subiaco before and after his couple of years in the AFL at Gold Coast. Was another strong contributor in Saturday's win over Swan Districts with 23 possessions, eight tackles, seven inside-50 entries and a goal.

INTERCHANGE – DOM SHEED (East Perth)
He came back to East Perth in the WAFL on Saturday and produced a tremendous performance and his timing couldn’t be better with a spot opening up back in the Eagles line-up thanks to the Andrew Gaff suspension. He finished with 34 possessions, four marks, three tackles, five inside 50s and two goals despite the loss to East Perth. 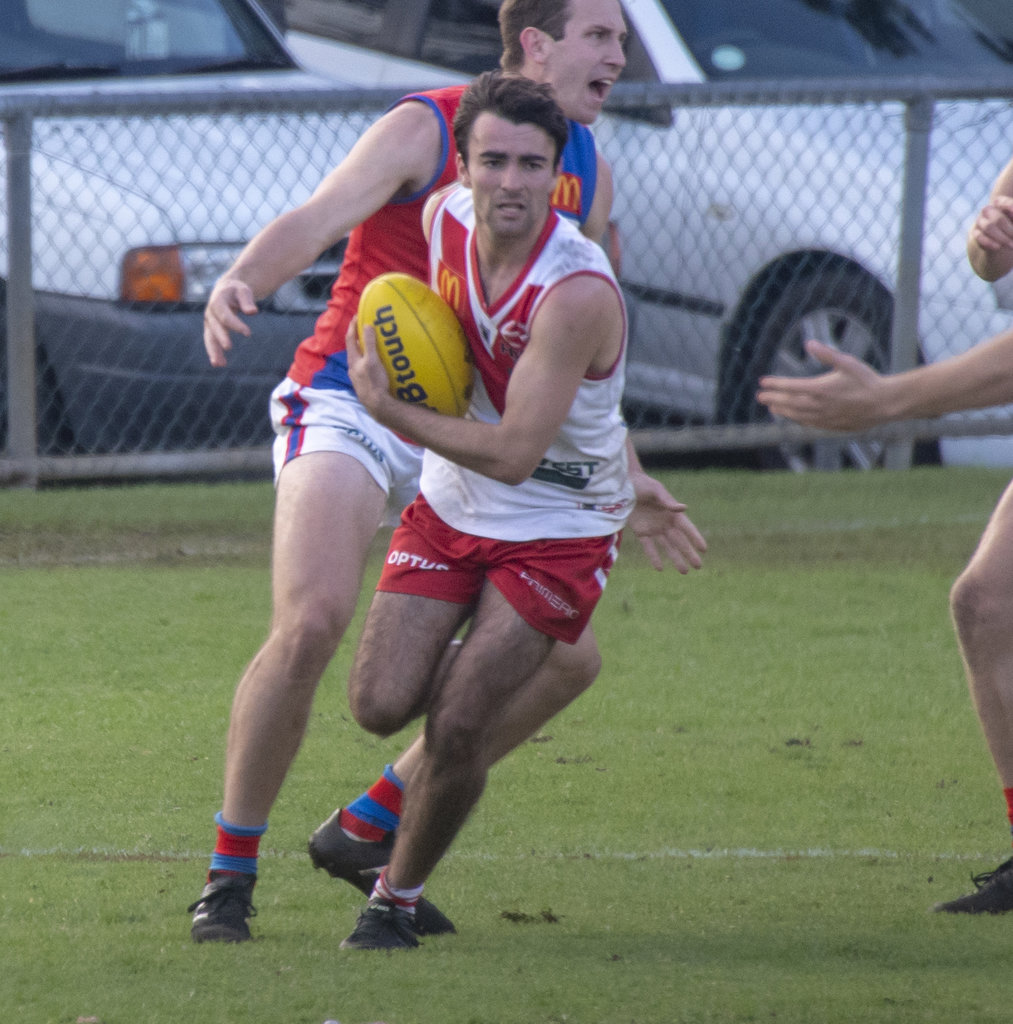 Was another Peel player who responded in the exact right way to his demotion from Fremantle and was instrumental in the important victory against East Perth that returned to the Thunder to the top five. He produced 27 possessions, five inside 50s and two goals in a strong individual showing that could earn him an instant recall.

INTERCHANGE – LUKE MEADOWS (West Perth)
It's hard to attract the spotlight ahead of Shane Nelson and Aaron Black given the form the pair are in this season for West Perth in the midfield, but he is having a brilliant season in his own right and deserves to be in serious consideration for an AFL future for what he's doing. He finished with another 27 disposals, eight tackles and three inside 50s against South Fremantle on Saturday.

UNLUCKY BUNCH
There were plenty of players who delivered tremendous performances across Round 18 but couldn’t quite fit into the Team of the Round, including: