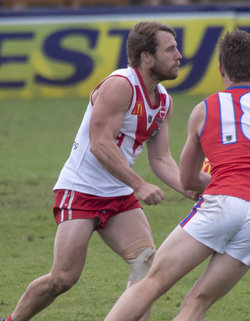 THERE were star WAFL midfielders everywhere you looked at Fremantle Community Bank Oval on Saturday but it was South Fremantle's Shane Hockey who stood out the brightest in a stunning individual performance.

While his teammates Haiden Schloithe, Nick Suban, Marlion Pickett, Brandon Donaldson, Ryan Cook and Jacob Dragovich, and West Perth opponents Shane Nelson, Luke Meadows, Aaron Black and Trent Manzone all had significant impacts, it was Hockey that delivered what was likely the best performance of his WAFL career since joining South Fremantle in 2016.

Hockey, as a result, has been named the M & J Chickens Player of the Round despite strong competition from teammate Schloithe, West Perth's Nelson, Peel Thunder's Tom Sheridan and Danyle Pearce, East Perth's Dom Sheed and Subiaco pair Leigh Kitchin and Lachlan Delahunty.

It was a big game for South Fremantle who was coming off the bye and disappointing losses to Subiaco and Peel Thunder, and they were without captain Dylan Main and the versatile Steve Verrier on top of triple Bernie Naylor Medallist Ben Saunders.

A loss to West Perth would have all but ended the Bulldogs' hopes of a second position finish to the 2018 season and a likely home qualifying final at Fremantle Community Bank Oval, also against Saturday's opponent West Perth.

But Hockey started the game on fire thriving on the contested nature of the battle and the conditions that suited him right down to the ground following his strong VFL career at Frankston before he made the move west.

Hockey had a brilliant first quarter as South Fremantle took a one-goal lead into the quarter-time break and by the time the Bulldogs had secure the crucial five-point win, he had produced one of the standout individual performances of the season.

The 30-year-old ended the afternoon with 41 possessions, 19 tackles, five marks and three entries inside the forward 50 with his work in and under instrumental in the eventual five-point victory that puts his team in prime position to end up in second spot at the end of 2018. 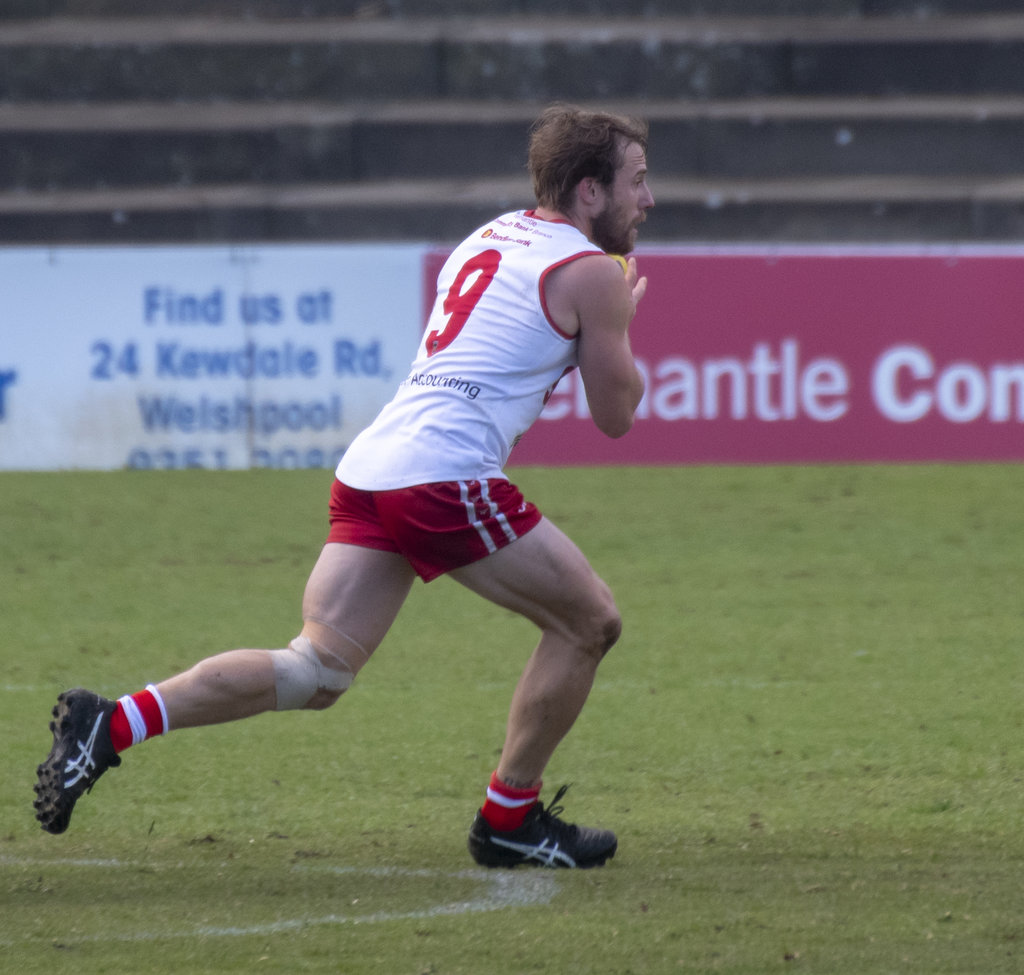 Both the 41 disposals and 19 tackles were both career-highs for Hockey in the 56 games he has played with South Fremantle since arriving ahead of the 2016 season.

South Fremantle coach Todd Curley couldn’t have been happier with the performance of Hockey on Saturday and the way he set his tone for the team.

"He has been a great player for us in the time he's been at the club but he copped a pretty significant knock earlier in the year and it's probably taken him a bit of time to get back. But he was pretty good this week in those clinches and certainly got the ball going our way," Curley said.

"He's an important part of our midfield when we're playing well. Regardless of the conditions, if you are playing in and around midfield and you go to play inside at stoppages then conditions don't mean as much because you still have to win the ball at the contest.

"He did that really well and I thought as a group we did a great job taking away their time and space with the ball. They've been a high uncontested possession team the last few weeks and we were able to take some of that away from them, which was the most pleasing them."

Hockey made an immediate impact in 2016 as an inside midfielder at South Fremantle going on to claim the WJ Hughes Medal as the club's fairest and best winner as part of a team that made it all the way to a preliminary final.

He didn’t quite reach the same heights in 2017 with a couple of nagging injuries getting in the way, but he still had a solid season in another team that reached a preliminary final.

Hockey then started the 2018 season in career-best form and he was on fire across the opening six games averaging 26.8 disposals.

He then suffered a big hit in Round 8 against Claremont early on and then left him sidelined for the rest of that afternoon, plus Round 9 against East Fremantle.

He again missed Round 11 against Peel and hadn’t quite been able to rediscover that early season, that was until Saturday against West Perth.

With a midfield also including Schloithe, Pickett, Suban, Dragovich, Donaldson and when he returns, captain Main, and Hockey in the form he showed on Saturday, South Fremantle will still like its chances of finishing second and potentially being the strongest challenge to Subiaco in 2018.