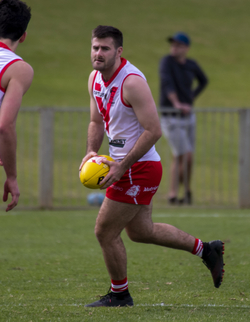 IT seems not long ago where it was a long wait for the 2020 Optus WAFL Premiership Season to start, but now we are at Round 3 already with Swan Districts, Subiaco, East Perth and Peel Thunder hunting their first wins while South Fremantle and Claremont look to stay undefeated.

It's a tantalising four-match fixture for Round 3 of the WAFL season and it all gets underway at Bassendean's Steel Blue Oval in the earlier starting contest at 12.40pm.

Remarkably Swan Districts and Subiaco are both meeting while searching for their first victories of 2020 heightening the importance of the contest.

WAFL TEAM OF ROUND 2
OPTUS WAFL ROUND 2 WRAP

The next two games both get underway at 2.30pm on Saturday afternoon with East Perth playing their first home game at Leederville Oval for the season, hosting East Fremantle.

Peel Thunder will then be on the hunt for their first win of 2020 in the 100th game of premiership defender Ben Hancock when they host West Perth at Mandurah's David Grays Arena.

The round then concludes in clearly what is the game of the round at Fremantle Community Bank Oval when undefeated teams, and last year's preliminary finalists, South Fremantle and Claremont clash.

The game will be broadcast live on Channel 7 to add to the occasion from 3pm.

Round 3 in the WAFL gets underway at Steel Blue Oval with Swan Districts and Subiaco hunting their first wins of the season.

Swans have lost to West Perth and Claremont to open 2020 and with the shortened season, falling to 0-3 might spell curtains on their finals hopes. They just need to find an avenue to goal having only managed a combined 13 goals over the opening two matches.

Subiaco suffered a surprise loss to Claremont in Round 1 before a bye last weekend on the back of winning the last two premierships, so the Lions are looking to avoid losing consecutive matches for the first time since the Grand Final of 2016 and Round 1 of 2017.

Subiaco has also won its past 10 matches against Swan Districts by an average of 55 points.

From last week's team that lost to Claremont, Swan Districts has brought back ruckman Nathan Blakely for the first time in 2020 along with welcoming back reigning fairest and best winner George Hampson from a hamstring injury.

Brayden Spackman will come in to make his debut while Seb Bright is the other inclusion at the expense of Patrick Farrant, Callum Garcia, Denzel More and Jack O'Sullivan.

Andrew Doyle comes into the Subiaco team to make his debut with Braden Fimmano and McKenzie Lawrence into the line-up with Rowen Powell, Jordan Lockyer and Max Walters going out.

Then at Leederville Oval, East Perth will be attempting to open its account for the new season in its first home game up against an East Fremantle team whose first two weeks couldn’t have been more different.

The Royals had the bye in Round 1 before a loss to Perth last Saturday while East Fremantle were hammered by South Fremantle by 95 points to start the campaign before bouncing back to beat Peel by 42 points last week.

East Perth loses captain Patrick McGinnity to injury with Taylor North also out of the line-up with Ajang Ajang, Nathan Arbon, Tom Gorter, Callum Hart, Nick Robertson and Jonty Turner all vying for a spot in the side.

Peel Thunder has a third chance to get its first win on the board in 2020 when they host West Perth at David Grays Arena.

Peel has lost to Perth and East Fremantle to open the season, but head back to home soil on Saturday to celebrate the 100th game of 2017 premiership defender Ben Hancock.

West Perth started off with a solid win against Swan Districts before a loss to South Fremantle last Saturday at Joondalup.

Peel has made three changes from the team that lost to East Fremantle by 42 points with Brad McGowan, Zach Rankin and Isiah Winder coming into the side at the expense of Thomas Quaife, Oliver Walton and Hayden Yarran.

West Perth has made two changes with Matthew Lloyd included to make his WAFL debut with Laine Rasmussen also in while Ben King and Zac Patterson go out.

Then at Fremantle Community Bank Oval, it's the game of the round with South Fremantle hosting Claremont.

South Fremantle has started 2020 impressively beating East Fremantle and West Perth while Claremont has looked strong too with victories against Subiaco and Swan Districts.

The two teams met twice in last year's finals series with South Fremantle winning in both the qualifying and preliminary finals to advance to the Grand Final before losing to Subiaco.

All signs now point to a tremendous contest with top spot up for grabs on Saturday.

South Fremantle has made two changes with Dylan Main and Haiden Schloithe coming in for Kyle Russell and Tom Blechynden.

Claremont has made just the one change with Anthony Davis in for Ben Edwards. 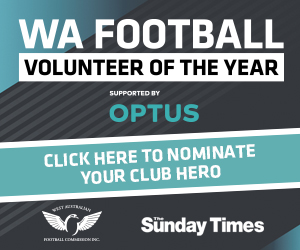