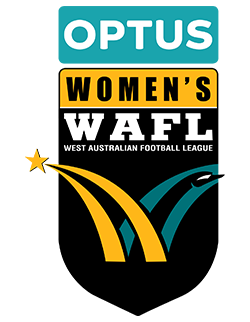 THE excitement surrounding the return of football in Western Australia this weekend continues with the commencement of 2020 WAFLW Premiership Season with three big clashes across Saturday and Sunday.

To coincide with the return of AFL football in Perth this weekend for the first time since the COVID-19 pandemic shut things down and with the beginning of the WAFL season, the WAFL Women's competition also gets underway this weekend.

It gets underway on Saturday from midday at Mandurah's David Grays Arena with Peel Thunder hosting Swan Districts.

Saturday evening from 5.15pm will then see Subiaco and Claremont lock horns at Leederville Oval following the men's WAFL clash earlier in the day between the two same teams.

The Round 1 WAFLW action then concludes on Sunday afternoon from 2pm at Fremantle Community Bank Oval with South Fremantle marking their joining of the competition in 2020 by taking on old foes East Fremantle in the derby.

That game between the Bulldogs and Sharks on Sunday will be the game available via livestream for this weekend too and you can watch it live courtesy of the WAFL website, the Facebook page or indeed on YouTube.

The WAFLW competition has expanded to six teams in 2020 with South Fremantle being granted their immediate license a year earlier than expected, which means there will be no need for a team to have a bye each weekend.

The shortened season after the delayed start thanks to COVID-19 will see a seven-round home and away season with all teams playing one another once, and then another two rounds of fixtures to make up for the campaign.

A three-week finals series will then follow with the top four teams featuring which will conclude with the Grand Final being played on Sunday September 20.

The 2020 WAFLW season gets underway in Mandurah on Saturday with Swan Districts looking to continue their form from 2019 and the Thunder out to make up for theirs.

Swans got all the way to the Grand Final last year having finished the home and away season in third position while Peel struggled winning just the one game.

The second game on Saturday takes place in the evening at Leederville Oval with the Lions looking for a fast start after missing last year's Grand Final and the Tigers out to make an early statement.

Subiaco finished 2019 as the minor premiers having won nine of their 12 games during the home and away season, but they ended up losing to Swan Districts in the preliminary final to miss out on a Grand Final berth.

Claremont, meanwhile, finished fourth in 2019 with a 6-6 record as the Tigers now look to strike early in 2020 and make a statement of their ambition to rise up the ladder.

Then on Sunday afternoon, South Fremantle marks its entry into the WAFLW competition by hosting East Fremantle in a tantalising derby at Fremantle Community Bank Oval.

It's a big task first up for South Fremantle coming up against an East Fremantle team who won the inaugural WAFLW premiership in 2019, but derbies always bring out the best in these teams and this Sunday should be no different down at the port.