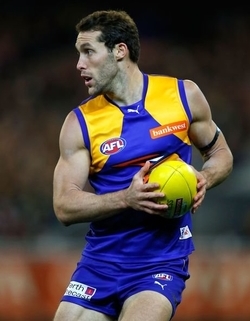 This article focusses on junior clubs in the Avon Football Association.

A number of great players have come from the Avon Football Association. Below are some of the most notable.

The Avon Football Association is an Australian Rules football competition in the Avon Valley region of Western Australia.

The League was formed in 1959 through the merger of the East Avon and the Avon Valley Football Associations.

There are currently eight teams in the Association – Beverley, Cunderdin, Kellerberrin-Tammin (formed in 1995 with the merger of both Kellerberrin and Tammin), Northam Federals, Northam Railways, Quairading and York.

A number of great players have come from the Peel football region. Below are some of the most notable.

Originally from the Tammin Junior Football Club, Kickett forged an excellent football career. He played 181 AFL games across 13 seasons with five Clubs – Fitzroy, West Coast, St Kilda, Essendon and Fremantle. He played the bulk of his AFL career with Fremantle, playing 135 games (22nd most by a Docker) and kicking 24 goals. He won Fremantle’s Best and Fairest in 1997 and was named in the Fremantle 25 since 95 team. Kickett also played 82 games in the WAFL for Claremont. With the Tigers he played in three Premierships (1989, 1991, 1993), won two Simpson Medals (1991, 1993) and claimed the Tigers’ Best and Fairest in 1993.

The man affectionately known as “Neon Leon” became a fan favourite of Collingwood supporters due to his silky skills and excellent evasive manoeuvres. Across 12 seasons, Davis played 225 games (19th most by a Magpie) and kicked 270 goals (17th most by a Magpie for the Pies. He won two All-Australian jumpers (2009: Forward Pocket/2011: Half-Back Flank), represented the Indigenous All-Stars team in 2003, was a member of the Dream Team in the 2008 Hall of Fame Tribute Match and won the 2008 Goal of the Year.

The man affectionately known as “Changa” went on to become a star for Hawthorn. Across 13 seasons, Bateman played 177 games for Hawthorn, kicked 67 goals and had career averages of 17 possessions, 4 marks and 3 inside 50s. He was a key player in Hawthorn’s premiership triumph over Geelong in 2008 with 17 possessions, 4 inside 50s and a goal. He was a member of the Indigenous All-Stars team in 2003, and the Australian squad in the 2006 International Rules Series.

List of Notable players to have originated from the Avon Football Association.