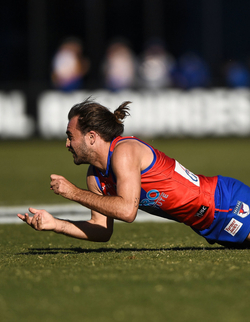 When you think Aaron Black, you think consistency.

Ten seasons of WAFL football at an elite standard. A Sandover Medal, a Premiership, two club best & fairest awards and even throw in a Mark of the Year.

The reward of the West Perth captaincy in 2018 topped it off.

There isn’t much the talented midfielder hasn’t achieved, and that consistency is personified by his simple mantra of finding the footy.

The Kingsley Junior found himself in the WA Under 18s squad as an ‘under-ager’ early in his career and the rest is history.

“I didn’t play much in that 2009 year but to run around at training with guys like Mitch Duncan, Anthony Morabito, Jack Darling and Dave Swallow was amazing,” Black recalls.

“I got to push my case with those guys, obviously the two years at state level probably didn’t go as I planned but I learned from a bunch of talented blokes that played a heap of AFL.”

“I really loved the experience of playing with the best at your age.” 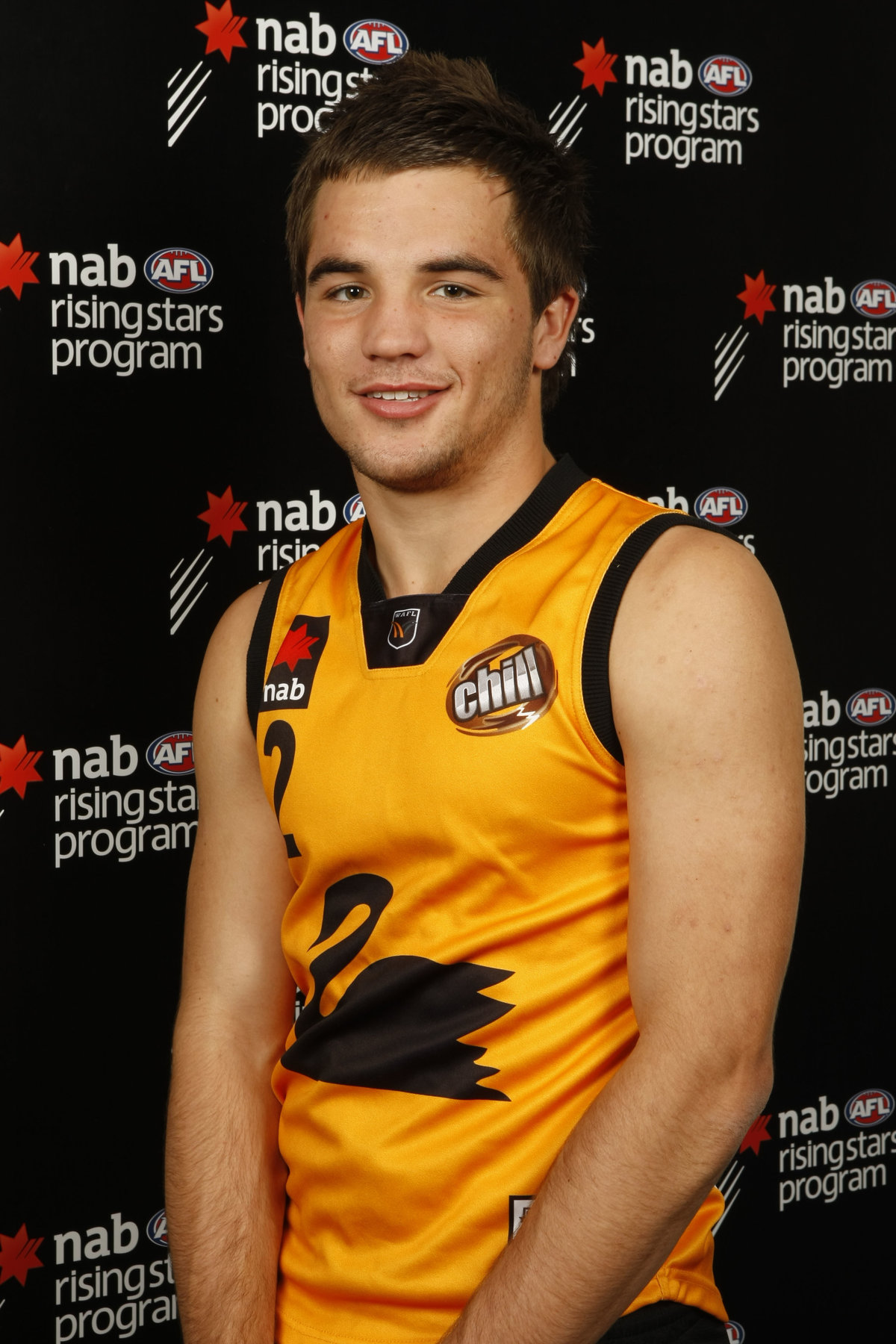 Black followed on his form at representative level with a debut in the middle of 2010 for West Perth, but it wasn’t the first game the youngster had hoped for.

“I was still 17 and in high school when all of this stuff went on,” he said. “It was massive whirlwind for me.”

“I came into the side for a night game against South Fremantle because Kepler Bradley went into the Dockers side. Billy called me and I was in.

“We got absolutely smashed that day. It was pouring with rain and we still lost by 60 points.

“I remember Toby McGrath coming up to me and saying welcome to league footy with a hook to my ribs. That is a moment I won’t forget.”

It didn’t take long for Black to achieve the ultimate team success, finding his way into a Premiership side in 2013 with victory against rivals East Perth.

“I remember driving to the ground with Rohan Kerr and Shane Nelson and given how young we were, we felt cool, calm and collected,” he claimed.

“We were playing unreal footy and the confidence of the group just set us up.

“The last fifteen minutes we were 30 points up and I just remember running around like a headless chook. I knew we had the game in the bag and I was just soaking it in, we’d won a Premiership.

“When the siren goes, I couldn’t tell you who I ran too, but for me it was a sense of relief and reward for all the efforts as a junior. I was still so young.”

“The way we played as a collective that day is something I won’t forget.”

Not to be outdone the following season, Black captured the Sandover Medal, catapulting him into the top echelon of players in the WAFL. 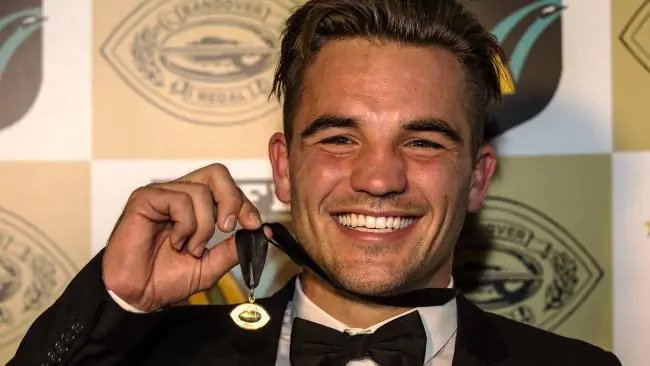 “Rohan Kerr and I went to the Sandover together and to be honest weren’t expecting to do any good,” he said. I definitely wasn’t a favourite by any means and early I didn’t even poll that well.

“From memory that year I had one game under 25 touches and ended up polling in 16 out of 20 games. That’s something that I am super proud of.

“The last 10 games I polled really well and from there it was all a massive blur. The final votes were read, and I didn’t even realise I had won.

“It was such an exciting count with two blokes only one game behind me. Like the Premiership, it is just something I will never forget.”

Throughout his career, Black has also managed to pull on the yellow and black six times for Western Australia, winning some of the most historic games in the state’s history.

“The thing for me was I always wanted to play at the highest level possible for as long as I could,” he said.

“If it isn’t the AFL, then it is the WAFL and the highest brand of that is state footy.

“To beat the Vics twice and SA a couple of times is an amazing feeling.

“Early on, it was the amazement of getting selected to represent the state and play. But now, to be Vice-Captain under a guy like Kyal Horsley and to have leaders like Kane Mitchell and Tony Notte around is incredible.

“I still feel like a student of the game with those blokes around, I learn so much.”

Despite all the achievements, becoming captain of the West Perth Football Club sits high on the honour roll for Black, leading the club through a tumultuous period in 2018. 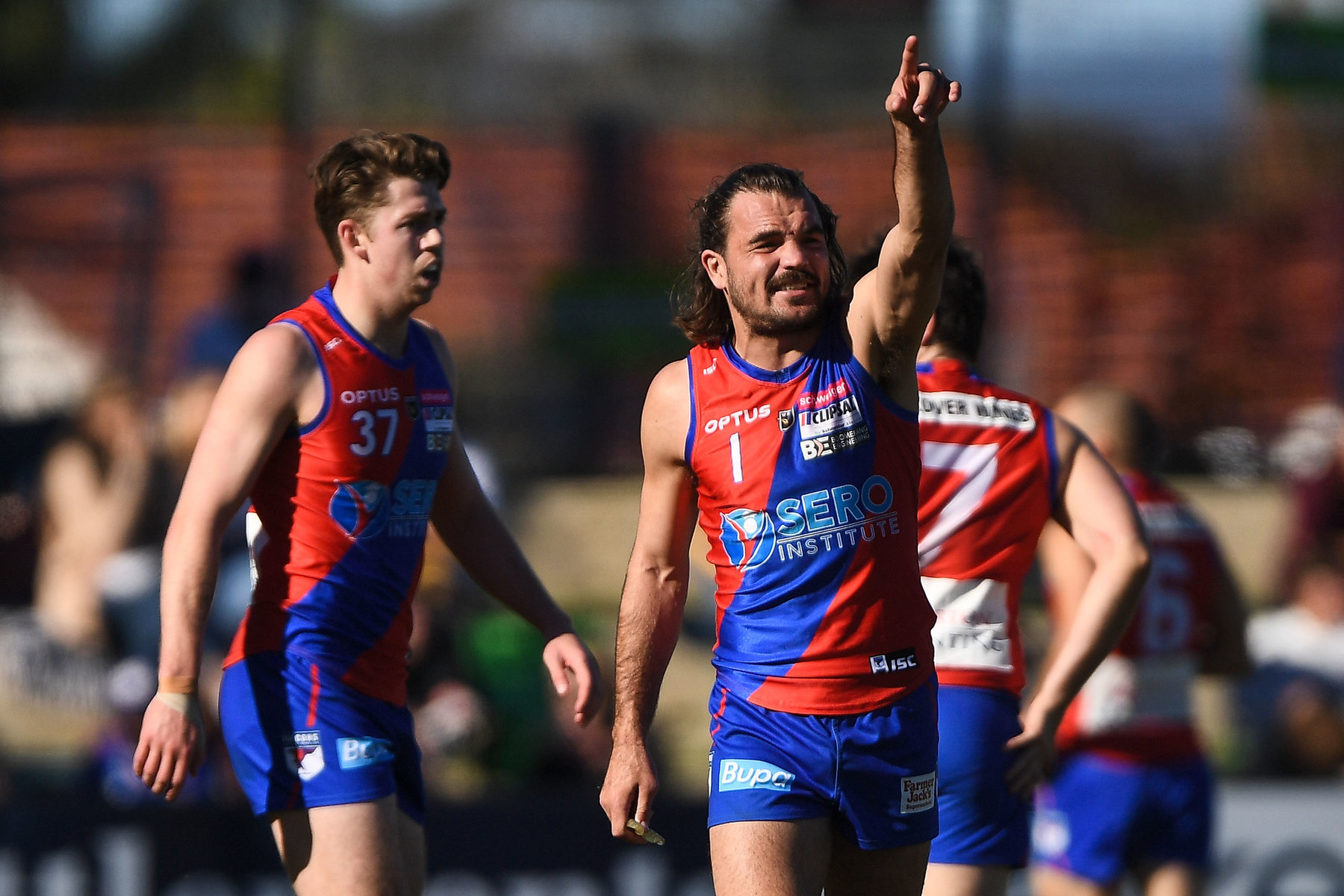 “When you’re growing up watching games against Subiaco, Derbies against East Perth and Grand Finals like 03’, it’s just special to be a part of.

“I never thought I would get the opportunity to captain the side. I wanted to and felt like I had leadership qualities.

“When Jay Van Berlo stepped down and I got the opportunity, I knew I wanted to be the captain. I wanted to make players better around me.

“It was a challenging year, particularly with the financial stuff that was going on. To be honest, I don’t think I have had an easy year yet; a change of coach last year and now the virus in 2020.

“It’s something that I’ve wanted to do and to do it at a club like West Perth is a great honour.”