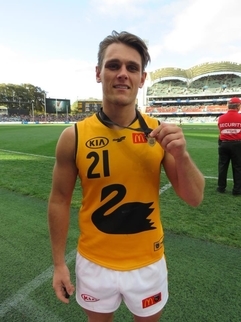 Many players love two things about football; playing on the biggest stage and the mateship that is developed within a team environment.

State football delivers on both of those fronts.

Pulling on the ‘Black Swan’ jumper has long been seen as the pinnacle of WAFL football, representing your state and taking on the best outside of the AFL. It is an experience that two-time Simpson Medallist Jye Bolton knows all too well.

The Claremont midfielder has achieved plenty in his short WA football career, but in his eyes, nothing comes close to that 2017 win over the Victorians.

“I remember sitting in the changerooms pre-game and seeing the determination in the eyes of Kyal Horsley, Tim Kelly and Ryan Cook,” Bolton said.

“There was just this feeling amongst the group of we really want to win this game. I hadn’t ever worn the ‘Big V’ from my time in Victoria, so there was a bit of a chip on my shoulder.

“Michael Broadbridge had brought over this mentality and emphasis on beating these guys and showing that we were the best competition outside the AFL.

“To win that game the way we did, and to be the first WA team to win a state game in Victoria, it’s right up there with one of the best experiences I’ve ever had in my career.

“That feeling that we had as a group, I think that’s the best I’ve ever had within a team environment.” 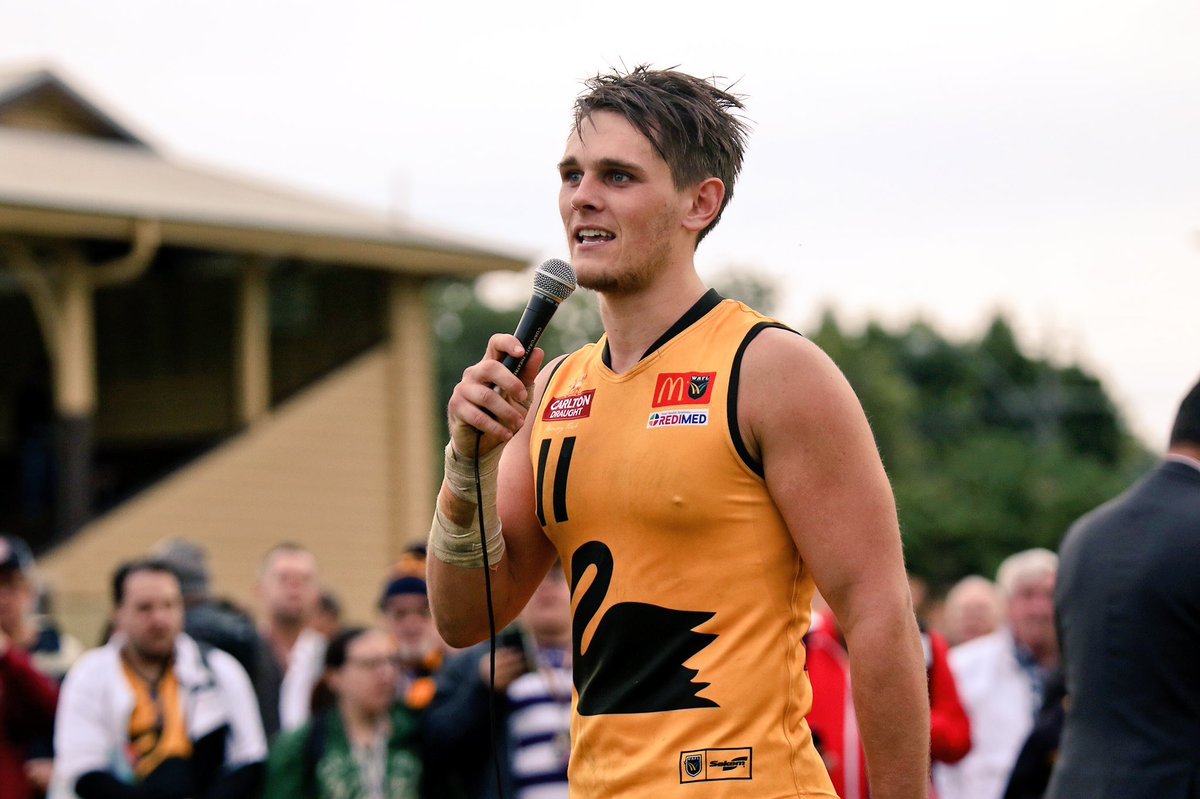 It’s a game that will long be remembered for the purists of WA football, our first victory in Melbourne since 1904.

Bolton’s state football journey started one year earlier, but initially it felt strange for the midfielder from Werribee.

“For me, being named in the WA side in 2016 felt a bit different,” Bolton said. “Largely because I had always wanted to play for Victoria.”

“I didn’t know much about the WA football landscape but once I was picked and spoke to past players, I quickly took to it and tried to play with the same passion.

“It means so much to different people and given the relationships I have built from that point on, I wouldn’t have it any other way.”

Despite playing with some of his biggest competitors on the field at home, Bolton saw the opportunity to play with the WA’s elite talent as a positive.

“Over the last few years it’s seemed like we’ve had a pretty consistent group,” Bolton claimed. “I think I have had around 15 of the same blokes from my four games of state footy, and that core group is super competitive.

“They take representing the state and our competition extremely seriously, being the best league outside of the AFL. It is something I really look forward to every year.” 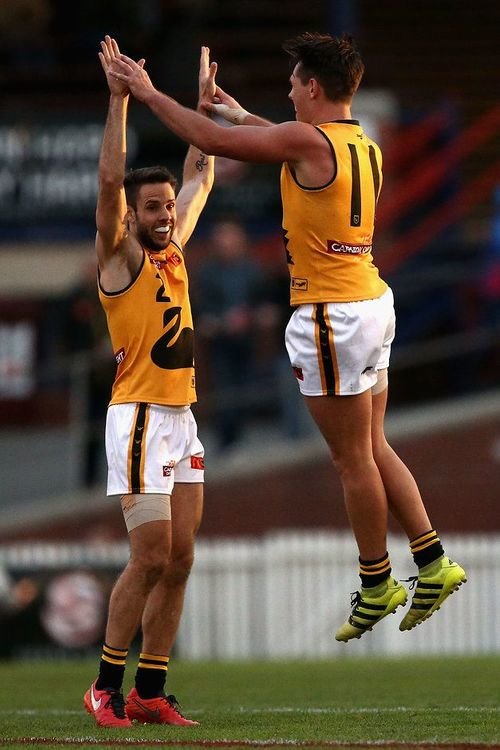 “In training, your able to pick up on what other blokes do to prepare themselves or what they see as important to the game.

“Your able to learn a lot from a really successful bunch of people and take that back to your own club.”

Bolton announced himself as one of the competition’s elite during his state debut against Tasmania in 2016, amassing 46 touches and two goals in WA’s 134-point win.

“I remember being incredibly nervous at training leading up to the game, I didn’t say much at all,” Bolton said. “I was only six games into my WAFL career.”

“Darren Harris actually coached us, and he started me on the bench which I was a little bit dark about. He also played me half-forward in the first quarter, I just wanted to make an impact as best I could.

“I put in a couple of efforts early, and I remember guys like Aaron Black and Leigh Kitchin coming across and getting around me. From that point on, I grew in confidence and felt part of the team.”

Over the past decade, Western Australia have created some great memories on the field and have enjoyed the celebrations with teammates after drought-breaking victories.

“Without a doubt enjoying those wins post game was some of the best memories,” Bolton said.

“I haven’t won a premiership before, but those wins in Melbourne and Adelaide would be the closest feeling to it. To bond with players but also staff that came across was a great experience.

“I still run into blokes from those trips and the first thing we talk about is the win and celebrations after, it is something I will cherish for a long time.”

While the State Game has been cancelled in 2020 due to Coronavirus, Bolton hopes that the fixture will return in seasons to come, believing players couldn’t enjoy the experience enough.

“I don’t think there should be any thought whatsoever in getting rid of the game,” Bolton said.

“There is no state footy at AFL level, we would love to make our version bigger and better over the next few years. It was one of the best experiences I have had, everyone wants to see it continue.

“There is no better feeling than going across and playing great opposition, bringing all the best players in the state together, and showcasing the talent our league possesses.

“I couldn’t be a bigger ambassador for it, it should definitely continue.”