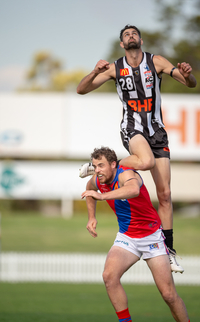 You’d be hard-pressed to find a defender that has had a bigger impact on the WAFL than Tony Notte.

The Swan Districts big man has shown a bit of everything over his 200+ game career, but it hasn’t come without some serious challenges.

Notte has been through a rollercoaster of emotions over his footballing journey; but it started at WAFL level in the best possible fashion, a Colts Premiership.

“In 2007 we were touted as one of the best Colts sides that had gone around,” Notte said.

“Names like Nic Nat, Sonny Walters, Alex Rance but there were so many good players in that group. It was definitely one of my most enjoyable years of football.

“A lot of those boys I am still really good mates with, and to win the flag that was just a bonus. That’s my only flag in senior footy and I hold that quite dearly.”

One of those teammates was Nic Natanui, a person that Notte would comfortably call one of his best mates.

“We went to Governor Stirling High School together and have been mates since Year 8,” he claimed.

“The both of us started our journey there and progressed through all the way to AFL level together. I was only at the Eagles one year before he came to West Coast, but he is still there now and doing amazingly.”

“I always remember at school Nic and I were competitive. Nic used to line up at centre-half back and I used to start at centre-half forward and we would see who could take the most marks for the day.” 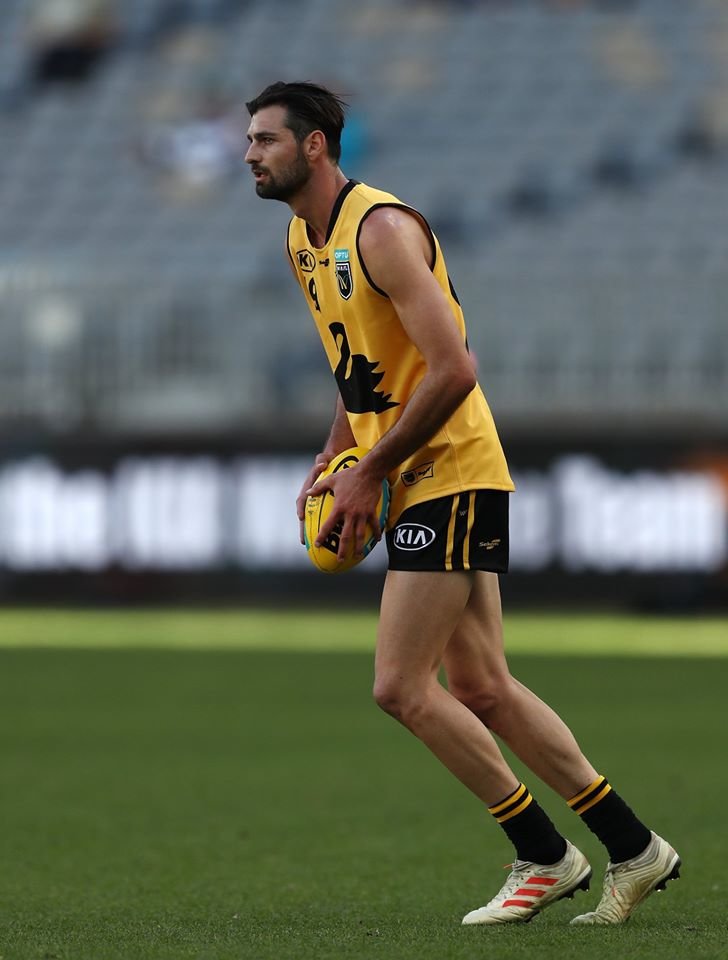 Post the Colts Premiership, Notte’s year got a whole lot better, taken at pick 20 in the 2007 National Draft by the West Coast Eagles.

“My expectations as a kid growing up was that I either wanted to play cricket or footy,” he claimed. “To get drafted to the Eagles was a dream come true and such a massive learning experience for me.

“I played my first game at the MCG in 2008 and my whole family flew across to Melbourne to come watch. I didn’t have big games in either of the matches that I played but I remember it to be such a surreal experience running onto the G’.

“I was only 18 at the time and normally I was a pretty nervous player, but on that day, you just couldn’t wipe the smile off my face.”

Beneath the excitement of playing games for the Eagles, Notte continued to struggle with injuries and form throughout his time in the AFL. In 2010, the youngster experienced the difficulties of being a professional footballer, and it took some time to get over.

“To play almost every game in the 2010 WAFL season and get dropped before the Grand Final was extremely tough,” Notte remembers. “To then find out I was delisted by the Eagles only a few weeks later was a very, very difficult thing to handle.”

“That Grand Final is remembered as one of the most memorable games in WAFL history and to miss out on that was devastating, particularly given the boys managed to win the flag.”

“It probably took me a good couple of years to get over it and start enjoying my football again. My best footy has definitely been post those events, it made me hungrier to prove people wrong.”

Since that moment, the three-time Swan Districts best & fairest has become one of the best players in the competition, reaching 200 games late in season 2017 and playing in six consecutive WAFL State Games between 2014 and 2019.

“I’ve been able to be pretty durable over the journey at Swans,” he said.

“I think my light frame certainly helped, but I rarely miss training and I guess I just do what is expected of me. I’ve had some luck along the way as well.”

Notte is synonymous with high-flying marks and believes much of that talent was developed in the backyard.

“I grew up playing forward and in some really strong teams, so the ball got kicked to me quite a lot,” he said.

“Having two older brothers probably helped my competitive nature in a marking contest, there was certainly plenty of battles in the backyard.”

While the 30-year-old has achieved plenty individually, representing Western Australia sits right at the top of his finest accomplishments.

“You speak to players and their privilege is to play one state game, I’ve been lucky enough to play the last six,” he said. 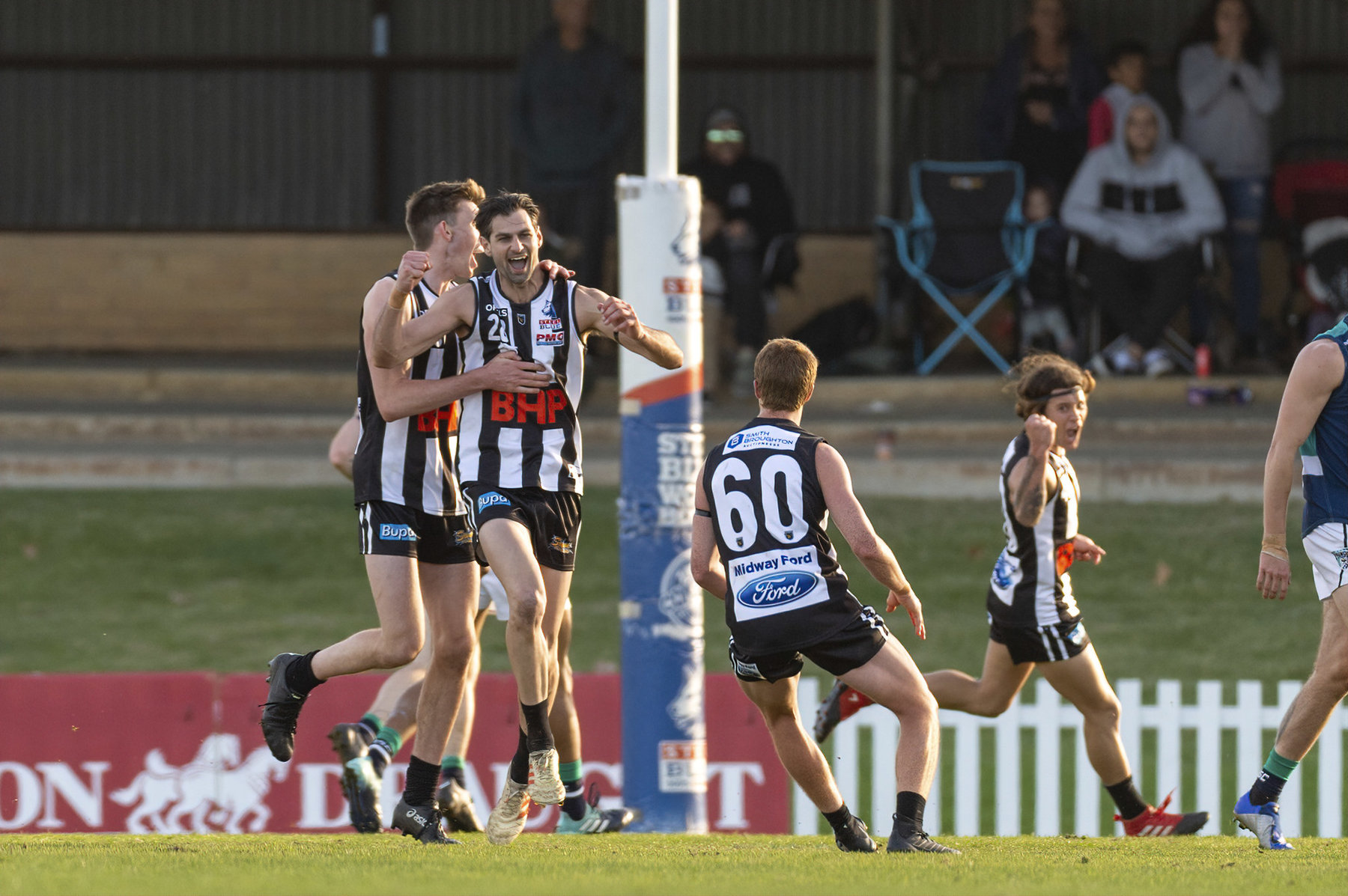 “To be a part of some of those special wins against the VFL in Victoria and the SANFL in South Australia was something I will remember for a long time.

“It’s so awesome to be a part of those programs, you make really good friends and the next week you can go out there and smash them!”

Something that has stayed constant throughout the career of Tony Notte has been the Swan Districts Football Club, beginning 17 years ago.

“I’ve grown up at Swans having been there since I was 13-years-old,” he said.

“It has been a massive part of my life, even when I was playing for West Coast, I was still down at Bassendean Oval and they really got my best footy out of me post AFL.

“It has been a great place for my family and I, they get to come down and watch every weekend and the nieces and nephews get to come kick the footy.”

“I thank Swans for everything they have done for me and hopefully I have a couple of years left.”