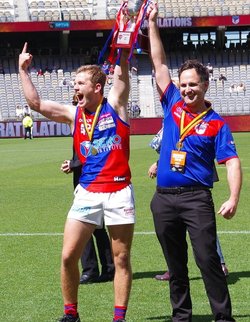 CLAREMONT might have been the dominant Reserves team all of 2019 but as the old saying goes, Grand Finals are won by the best team on the day and West Perth produced a stunning effort to take out the premiership at Optus Stadium.

The Reserves Grand Final opened the day at Optus Stadium on Sunday and it was a tremendous contest from start to finish with both teams featuring plenty of regular league players on top of future stars.

That produced a high quality contest and a tight battle with West Perth's 21-point lead at the eight-minute mark of the last quarter the biggest between the two teams all morning.

Claremont fought back from there to kick the final two goals but it wasn’t enough with West Perth holding on for the 9.12 (66) to 9.6 (60) victory.

The two teams did finish first and second at the end of the home and away season, but Claremont lost just once on the way to the minor premiership and then earning a Grand Final spot having beaten West Perth by 77 points.

The Falcons bounced back to beat East Fremantle last Sunday to advance to the Grand Final and now win the club's first reserves flag since 2014.

West Perth had six more scoring shots for the game, but Claremont dominated the contest in most areas bar the scoreboard. The Tigers had 67 more possessions than the Falcons, took 13 more marks and went inside-50 on seven more occasions.

But West Perth's combination of looking more potent in attack and then laying a remarkable 102 tackles for the game meant they produced the big upset to take away the reserves premiership for 2019.

Conal Lynch received the Merv McIntosh Medal having been judged best afield for his performance made up of 20 possessions, 11 tackles, six inside-50 entries and a goal that sparked their game-changing run in the third quarter.

Liam Tedesco wasn’t far behind with 18 disposals and 12 tackles while Brayden Antonio was tremendous with 15 possessions and two goals.

Callan England showed that he is capable of stepping back up to be a regular league player in 2020 for Claremont with a terrific Grand Final performance made up of 28 possessions, seven inside 50s, six marks and a goal.

Ruckman Jordon Reid was a dominant presence as well with 15 disposals, five marks, 35 hit outs and a goal while former league skipper Jake Murphy fought hard to end up with 21 touches, eight tackles and a goal.

There was drama in the warm up with Claremont captain and league veteran 92-game Jesse Laurie looking to hurt a calf before his game ever started, and then West Perth kicked the first goal of the Grand Final courtesy of Nathan Murray.

Claremont responded soon after courtesy of Alex Manuel but then Tom Medhat added a second for the Falcons. The Tigers got one back through dual league premiership player Jake Murphy just before quarter-time to cut the Falcons lead to two points.

Claremont then grabbed the lead to start the second team when former St Kilda midfielder Tom Curren kicked truly. However, West Perth made the quick reply courtesy of Brayden Antonio.

Corey Hitchcock might only have five kicks for the day for Claremont, but two of those resulted in goals in the space two minutes heading towards half-time and that saw the Tigers head into the major break leading by a goal.

Claremont then stretched its lead to 12 points with a goal in under a minute to start the second half as Curren added a second. The Tigers were then out to a 13-point advantage with Manuel adding his second at the nine-minute mark.

Any fears of Claremont running away with it proved unfounded with West Perth finding something inspirational to deliver the next three goals in the space of seven minutes from Conal Lynch, Dylan Yem and Jack Burke.

That saw the Falcons turn that 13-point deficit into a 10-point lead by three quarter-time.

That became 16 points with a second goal to Medhat to open the last term and suddenly when it was 21 with Brayden Antonio booting his second, the Falcons started to think about having done enough.

But Claremont were never going to give up without a fight after the season they had and they did pull to within five points with goals to Jordon Reid and Callan England, but it wouldn’t be enough as the Falcons held on to win by a goal and then celebrate in style a stunning upset premiership. 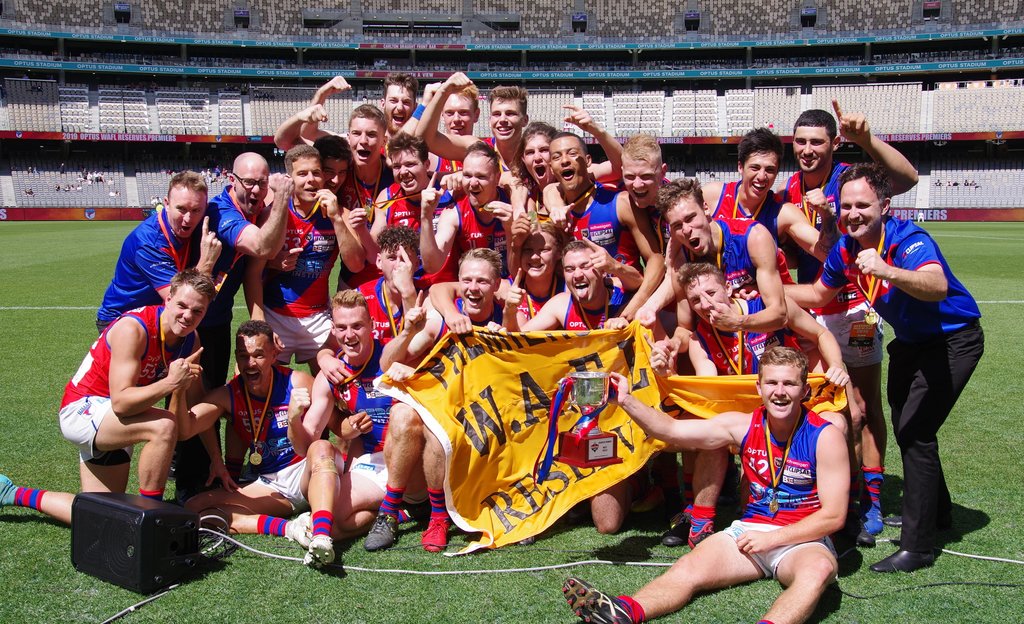