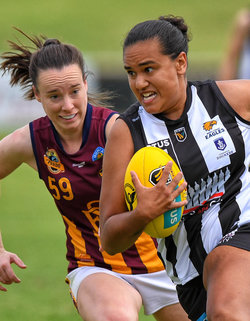 A WAFL Women’s All-Star squad has been selected for upcoming Exhibition Games against the AFLW WA 18s and Queensland.

The first Exhibition Game will be played during this weekend’s WAFLW general bye, with the WAFLW All-Stars to play the AFLW WA 18s at 1.45pm on Saturday, June 8 at New Choice Homes Park, East Fremantle.

The second Exhibition Game will be played during the next WAFLW general bye on July 20 against Queensland at 2pm at Steel Blue Oval, Bassendean.

Congratulations to the following players on making the initial WAFLW All Stars Squad: