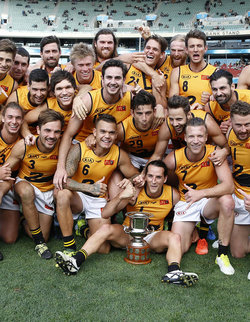 THE Kia WAFL State Team will look to make it seven straight State Game victories when it takes on the SANFL at Optus Stadium on Sunday afternoon.

A win for the Black Swans would create history, seeing the side become the first WA team since 1927 to capture seven wins on the trot against other state sides.

The 2019 State Game will begin at 12.00pm WST, with some of the best players from both state leagues on show before the Fremantle-Richmond AFL fixture.

The game will be available to watch via a live stream, displayed on www.wafl.com.au and the WAFL Facebook page.

The game will be exclusive live on radio courtesy of 91.3 SportFM, while special ticket opportunities to attend the game are available to WAFL members through their club.

Sunday's clash continues a long and storied tradition of State football between Western Australia and South Australia. The two proud footballing states have played a total of 94 times interstate football with WA moving ahead 48-46 in those battles with the victory in Adelaide last year.

The game will be played for the Haydn Bunton Cup, currently held by WA. Haydn Bunton Jnr is a legendary figure in both states having played 54 matches for North Adelaide, 97 for Norwood, 89 for Swan Districts and 59 for Subiaco.

He went on to coach (and play) Swan Districts to a hat-trick of WAFL premierships in 1961-62-63 and Subiaco to back-to-back flags in 1986 and 1988. He was also playing-coach at Norwood and coached at South Adelaide and Sturt.

The WAFL over the past six years has cemented itself as the strongest state league football competition with the six consecutive wins, including the historic away wins against Victoria in Melbourne and then South Australia at Adelaide Oval last year.

Michael Broadbridge will be coaching the KIA WAFL State Team for a third successive season and WA's final squad of 27, which will still be trimmed to 23 by game time looks to be an exciting one.

Of those 27 players, 10 have played AFL football while a further four were on AFL lists for at least one season without managing to break through for a debut appearance.

There are four Sandover Medal winners amongst the WAFL squad with Jye Bolton from Claremont now a dual winner of WA football's most prestigious individual award having won in 2016 and 2018. Haiden Schloithe won in 2017, Aaron Black in 2014 and Kane Mitchell in 2011.

The ruck brigade for the KIA WAFL State Team will be interesting without South Fremantle's Brock Higgins. That will leave versatile pair Lachlan Delahunty and Corey Gault from Subiaco and Swan Districts respectively to likely share the duties.

But whoever is in the ruck will have a strong midfield brigade at their feet led by Kyal Horsley, Bolton, Josh Deluca, Shane Nelson, Black, Schloithe, Kade Stewart, Leigh Kitchin, Jacob Dragovich, Mitchell and Declan Mountford.

Then up forward, it's an exciting blend of individual brilliance with the likes of Perth's Michael Bennell and Peel Thunder's Gerald Ugle along with the hardness of Peel Thunder's Blair Bell and then the ability of Subiaco's Ben Sokol to play both as a small and tall target.

It is an impressive looking KIA WAFL State Team that will be representing WA on Sunday at Optus Stadium and looking for that seventh consecutive victory, but the SANFL will be no pushovers.

South Australia isn’t accustomed to losing too often in State football and while they have lost three times over the past 11 years to the WAFL, they are their only defeats in period with the Croweaters having eight of their past 11 State clashes.

The SANFL will be coached by former Port Adelaide and Fremantle AFL star Josh Carr, who led North Adelaide to the SANFL premiership as coach in 2018.

See below the 27-man squad for the Kia WAFL State side. 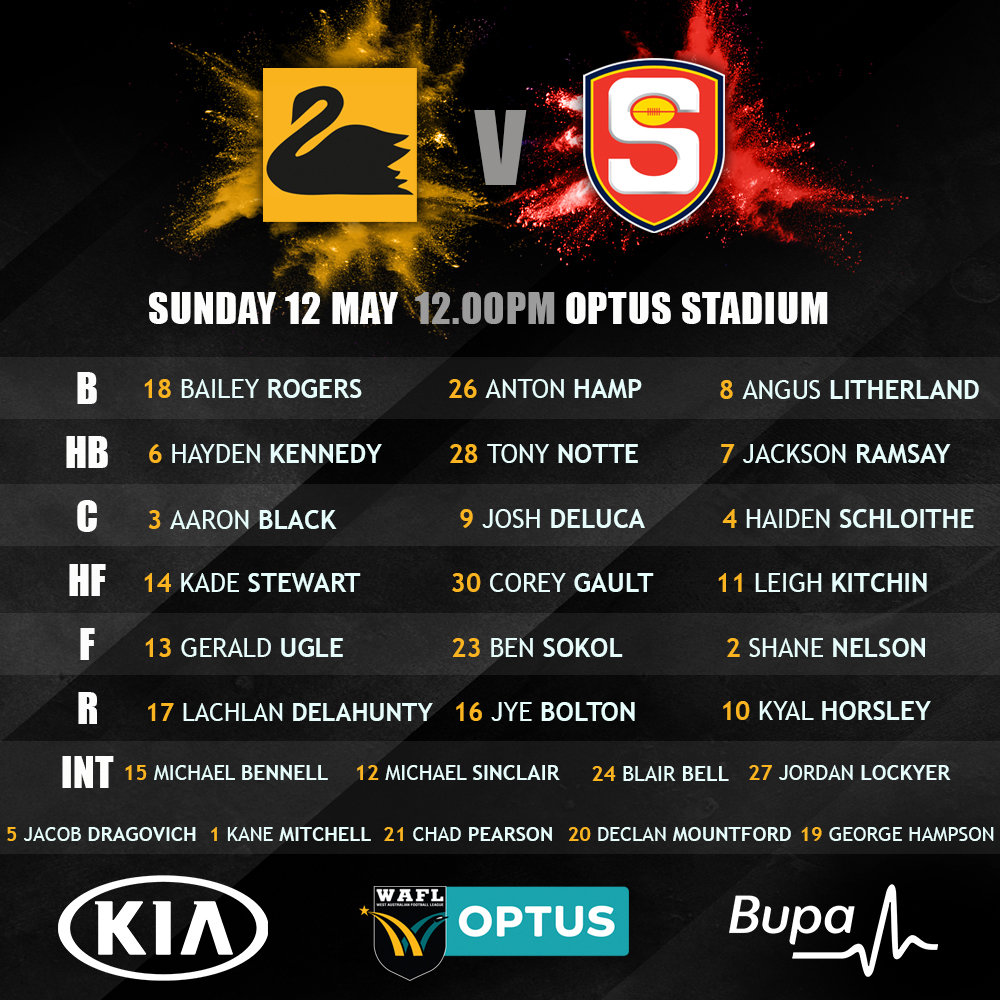