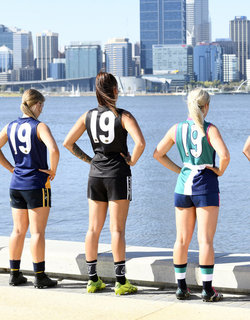 As the new era of the WAFL approaches in 2019, many talented WA women will take centre stage as part of the West Australian Football League Women’s (WAFLW).

South Fremantle have received a provisional license for 2020.

Miller couldn’t be more thrilled to be involved in the inception of the WAFLW, particularly given the 23-year-old claimed the WAWFL Best & Fairest in 2018.

“I think it’s a really exciting opportunity to have the best of the best playing in WA and showcasing the best of women’s football in Western Australia,” Miller said.

“I am most excited about having the AFLW girls come back into the competition.”

“To have everyone playing, it will lift the standard of competition and show the talent we have here.”