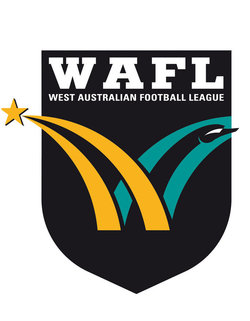 The West Coast Eagles will field a stand-alone team in the West Australian Football League in 2019 following unanimous endorsement by the WAFL Council of Presidents tonight, Wednesday, October 10.

West Australian Football Commission CEO Gavin Taylor said the proposal had been endorsed to support the growth and development of West Coast’s AFL-listed players within a quality State League competition whilst also providing an improved financial return to the WAFL clubs.

“This decision represents a significant milestone in the history of the WAFL, with the WAFL clubs embracing the opportunities this will create for the Clubs and competition.

“Having a competitive West Coast Eagles team in a quality State League competition is equally as important for the development of AFL-listed players as it is for the financial sustainability of our WAFL clubs and presents an exciting opportunity to enhance the competition,” Mr Taylor said.

“This significant investment by West Coast demonstrates the value of the WAFL competition for developing talented players and will only further strengthen its status as Australia’s premier State League competition.

“We are very conscious of balancing the needs of all parties to maintain the integrity of the WAFL competition while also supporting the success of our AFL Clubs.

“An important component to the West Coast Eagles’ license will be their list build, recruiting and player payment conditions, which will be further developed by a joint working party by the end of October 2018.

“We look forward to implementing this exciting initiative for the WAFL competition in 2019 and working closely with all parties involved to ensure it is an ongoing success.

“Having a WAFL competition that can accommodate West Coast’s stand-alone team, continue to support the successful Fremantle and Peel partnership, whilst protecting the integrity and history of our WAFL competition presents an exciting opportunity for our game here in WA.

“I would like to acknowledge the WAFL Council of Presidents, WAFL Club CEOs, and West Coast Eagles CEO Trevor Nisbett for the goodwill shown and their commitment to achieving the best possible outcome for all parties.”

The $90,000 one-off sign on fee will be shared equally among the nine WAFL clubs.

The annual financial investment of $800,000 includes:

The West Coast Eagles will become the 10th team in the WAFL competition, with a fixture to be formulated so that all teams play each other twice whilst still retaining byes and marquee rounds throughout the season.

This is expected to include 18 games per club across 21 Rounds, with WAFL Clubs expected to host West Coast Eagles games at their home venue in 2019.