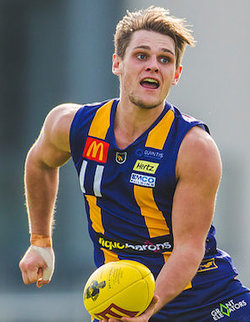 ROUND 10 of the WAFL sees all four games take place on Saturday afternoon with each of them pitting a top four team against one sitting in the bottom four but we've already seen in 2018 that upsets are more than possible.

Coming off the traditional WA Day derbies as well, it throws up some challenges in Round 10 for those teams who competed on Monday with South Fremantle, East Fremantle and West Perth all having five-day breaks against opponents who have had at least seven days in between matches.

But it's a round of match ups that certainly has the potential to deliver some outstanding action and some surprising results.

It gets underway at Claremont Oval from 1.40pm with Claremont hosting Swan Districts. The game will be shown live on Channel 7 from 1.30pm with the Tigers trying to stay in the finals hunt and Swans to further close in on a top three spot with a third straight win.

Perth will then host South Fremantle with the Demons back home to Lathlain Park looking to snap an eight-game losing run against the Bulldogs. Perth will have had seven days since losing to Swan Districts and South Fremantle just five since a thumping WA Day Foundation Derby win.

Two-time reigning premiers Peel Thunder will try to string wins together for the first time in 2018 when it hosts the in-form West Perth at Bendigo Bank Stadium. While the Falcons will just have a five-day break, they head south in good form following wins against East Fremantle and East Perth.

Then it's top against bottom when Subiaco plays East Fremantle at Leederville Oval. The Lions have been unstoppable winning all seven matches of 2018 leading into the bye last week.

Now they will be refreshed and raring to go against the bottom placed Sharks on home turf on Saturday who are coming off a 73-point defeat at the hands of South Fremantle on Monday.

Check out the TABtouch team line-ups in the video below.