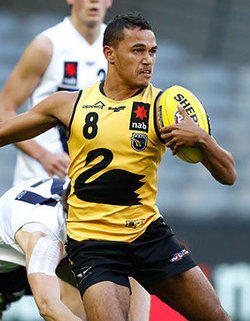 The first intake of players for the 2018 WA State Academy has been completed.

This includes 47 players in the 16s age group and 38 in the 18s age group, including seven 17-year-old development players. A second intake of 18s players will occur in the coming weeks.

WAFC Executive Manager Talent and Football Operations Scott Baker welcomed all of the players to the Academy program and congratulated them on their selection.

“These players have all demonstrated great talent and ability and I congratulate them on being selected in the WA State Academy. We look forward to working with each of them to help achieve their full potential both on and off the field,” he said.

“We want WA to be the leading State for talent development and are committed to delivering an Academy program that provides each player with the football and personal development opportunities to become key players and leaders of the future.”

Academy players will participate in the State program over the next two months in preparation for the AFL National Championships.

Teams will be selected from the 16s and 18s squads to represent WA at the AFL National Championships in June and July.