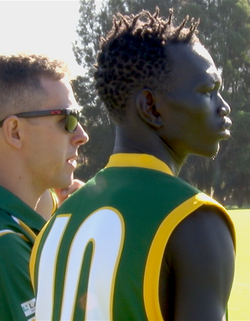 Six students from diverse backgrounds have experienced the most amazing football journey.

This all changed when the boys took park in a six-week Welcome to AFL Multicultural Program, run by the West Australian Football Commission (WAFC) at their school.

Six months after the program concluded the boys were donning the Fremantle CBC Amateur Football Club Colts jumper and to this day, they are completely owning it.

Patrick Jerome, who arrived in Australia only last year, quickly grew a love for the sport during the program and was over the moon when he, along with the other five boys, were selected to play for Fremantle CBC AFC. 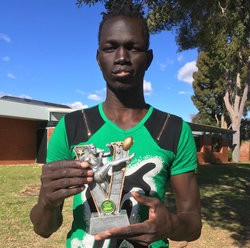 “When I found out that we were going to join CBC I can definitely say that it was something I was waiting for and I was very excited about,” he said.

“I thought it will be a good time to improve my skills.”

It is a fantastic outcome for the program which introduces students from diverse backgrounds to the basic skills of football and provides an opportunity for those who want to progress, to transition into community club football.

WAFC Community Engagement Manager Paul Mugambwa said it is a great result for the program which has been delivered to more than 60 schools in WA.

“Our school programs are generally where kids have their first engagement with footy which is why it is so important we target schools with a high number of multicultural students to give them a taste of the sport,” he said.

“Our community engagement team works very closely with the school and the program participants to help them make the transition from school football to their local junior football club as seamless as possible.”

“These students have been a massive addition to our community and their energy and their enthusiasm has been awesome,” he said.

“Their skills have improved out of sight, it has been quite incredible.

“I have no doubt once the boys have played a few games and they talk to some other students at North Lake Senior Campus, the word will spread and we will have a few more coming down as well.”

Check out the short video on their football journey below: